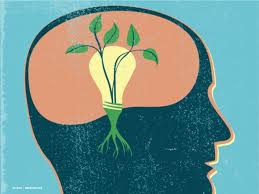 One of my favourite sounds as a coach is the sound of silence – the heavy pregnant silence of a person thinking. A silence so loud one hears the cogs whirring of a person deep in thought.  Silence in coaching is not what Simon and Garfunkel wrote in their song, Sound of Silence. It is not “People talking without speaking, People listening without hearing”, it is the very opposite – people speaking their inner most thoughts, the coach deeply listening to facilitate reflection and ask insightful questions.

Exploring goals, probing assumptions, breaking down limiting beliefs, these things take a special kind of silence. To really listen one must silence oneself and focus solely on the speaker.  Silence one’s judgements, assumptions, desire to advise, rescue and mend.  The Chinese character ‘To listen’ is made up of the Chinese symbols for ears, eyes, heart and undivided attention – a coach has to use all of these to listen actively for the client’s benefit.

It is through this special silence, this active listening and consequent reflection and questioning, that enables the speaker to identify options, resources, and ways to succeed. Through this subtle, yet intense, deep listening, deep thought occurs. The metaphorical penny drops. ‘It can’t be done’ turns into ‘it can be done’.  A limiting belief melts away; the eyes light up, the voice lightens, the energy in the room shifts.

These are the moments that inspire me; where the impossible becomes possible, where realisation dawns. We may not always get to see ‘the penny drop’, but we hear of it in follow up sessions, and sometimes, often, we don’t; people find reasons for holding onto limiting beliefs and long held assumptions. And that’s ok too, more thought, more probing, more talking and listening is required. When I decided to train as a coach, I decided to challenge a limiting belief of my own – that “I was not a runner”. I exercised, I swam, I cycled, but I didn’t run. I thought it boring, difficult and hard work. But if I was going to challenge other’s limiting beliefs I needed to challenge my own so, I downloaded the couch to 10k app, and started the training programme.

At first it was easy – walk for five minutes, run for two, walk for five, run for two, not in the least bit challenging and I quickly became complacent. Slowly, without realising, I built my strength, found myself enjoying escaping family life for half an hour a couple of times a week and as the running increased I realised to my surprise I was enjoying myself. Time slipped away and suddenly I was at week twelve of a sixteen week programme running 8k two or three times a week. I put myself down for a 10k run. Anxiety flooded through my brain, I wouldn’t be able to do it; I wasn’t a runner. “Silence,” I told myself. “Stick with it. I can do this. I can”. I didn’t believe myself but quietly kept training. The run came and went and I did it. I felt the flush of accomplishment as I’d never run an official race in my life and to do so at the age of 46 was a real achievement. But still, I wasn’t ‘a runner’. It was a one off, the culmination of my training plan.

It was on my holiday, a few months later, as I was running alongside Lake Garda at 6.30am gulping lungful’s of air in 30 degree heat, that it dawned on me. I was ‘a runner’. Holidays used to mean lie-ins, now I dreamed of running, woke excited, eager to explore my new destination in my running shoes. I had no training programme to complete, no race to prepare for, I was running for enjoyment. I had fallen in love with the rhythm of pounding footsteps, the satisfaction of ticking off kilometres, of feeling my body in motion. As sweat ran down my face the words “I am a runner,” repeated in my head. A smile spread across my face. That heavy pregnant silence of an exploding limiting belief clanged loudly in my brain. Quickly followed by the thought, if I can change this, what else can I change? Anything was possible. Everything became possible. Life suddenly looked a lot brighter. And that is why I love being a coach. Through silence, listening, working alongside the client, one can see lives transform, the impossible happen, the stuck, shift.

I’m eternally grateful for a-n providing me with the bursary to train as an accredited coach, it has changed my life for the better and I hope, as a coach, I will enable others to change their lives for the better too.