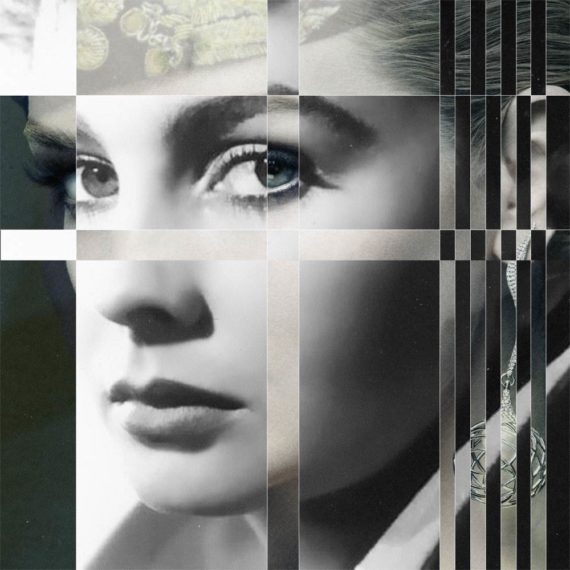 Mid-way through my MA I made a whole series of collages by combining two photographs of women, one contemporary and one taken up to 80 years ago. I haven’t made any since – the films of edgelands have taken over – but this week I revisited them and made ten new collages. This set of work could run and run. The matches aren’t as easy to uncover as one might think, although if they were hassle-free to make there’d be no fun doing them!

Making so intensively risks carelessness and compromise, but as I found out on my MA it’s also a chance to drive the work forward and force it to evolve. In this case, I can feel the influence of my recent films creeping in as a third delicately translucent image insinuates itself to haunt the others, altering them subtly. Simplified cuts bisect vertical and horizontal planes in a way that feels more self-assured than before. There’s also a trickery of the eye as the cuts in the paper – the demarcation lines between one image and another – are implied rather than real. The fractures to the original images remain – there’s nothing intact to see here. Each collage is printed on cotton rag paper rather than the semi-gloss photographic paper I used in the past, offering soft, matt, saturated colour more in keeping with the slightly retro feel of the original images.

The collages will be available for sale together with a series of landscape prints from my recent films at Making Art Work’s Art Market in Maidstone in September.

More about the work

The trigger image for each collage is a twentieth century black and white portrait of an actress – an immaculately made up star frozen in perfect, dramatic pose. On the face of it is passive perfection but I sense a hint of resistance from the tilt of her head or defiant glint in her eyes. It’s beauty that comes with a steely edge. I pair each old image with another in a similar posture found in a contemporary fashion magazine. The new constructed image that is created takes on its own unique character, crafted as it is from the fragments of two others.