Why do an MFA when, just four years after graduating, you have gallery representation and your paintings are selling as quickly as you can paint them? Joy Labinjo speak to Chris Sharratt.

For Joy Labinjo, postgraduate study was always part of the plan. So when her painting career took off in spectacular style after graduating in 2017 with a BA in Fine Art from Newcastle University, she wasn’t about to let success get in the way of her education. In October last year she began a part-time, two-year MFA at the Ruskin School of Art, University of Oxford. “I’d always wanted to do an MA,” she explains. “But after university, so many things happened really quickly.” 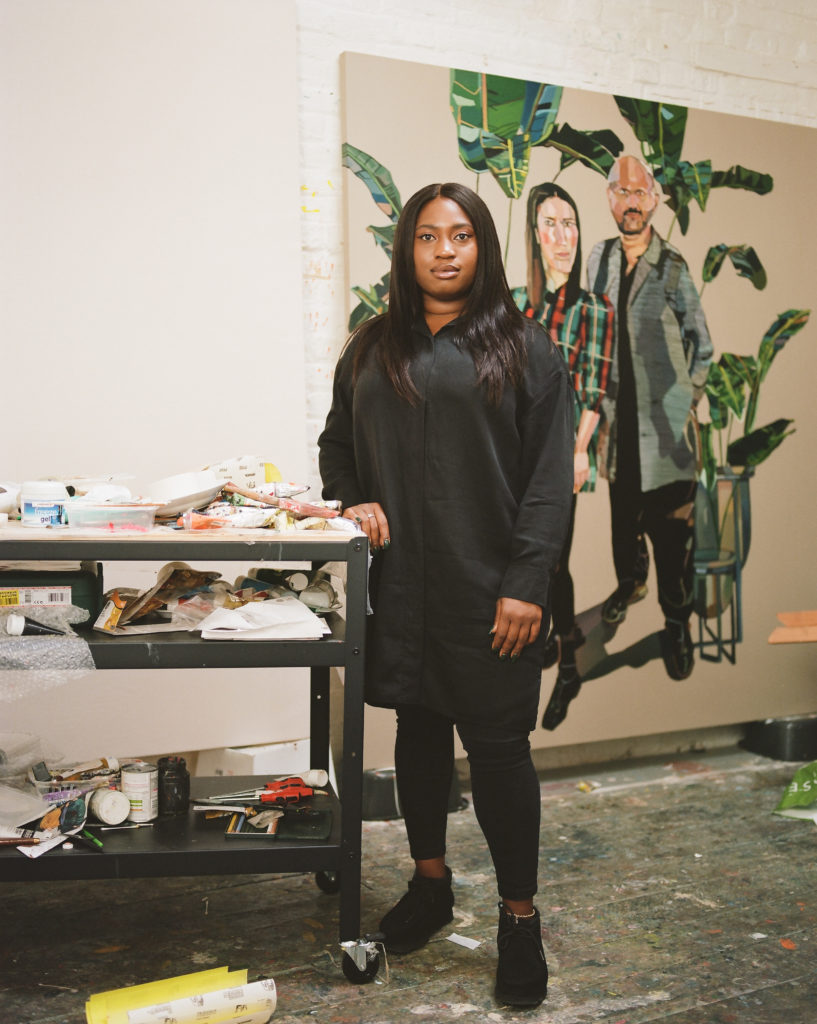 The now London-based British-Nigerian artist has been on a whirlwind journey over the last four years. In July 2017, she won the £20,000 Woon Foundation Painting & Sculpture Prize with her quietly radical family portraits based on images from her parents’ photo album. Soon, her colourful, nostalgia-tinged paintings of black figures in domestic settings attracted the attention of the art market, and after interest from a number of galleries she was represented by Tiwani Contemporary. Art press reviews and features in the broadsheets followed, along with high-profile art fair sales and a growing international reputation. Her first institutional show at BALTIC, Gateshead closed a month before the March 2020 Covid-19 lockdown. 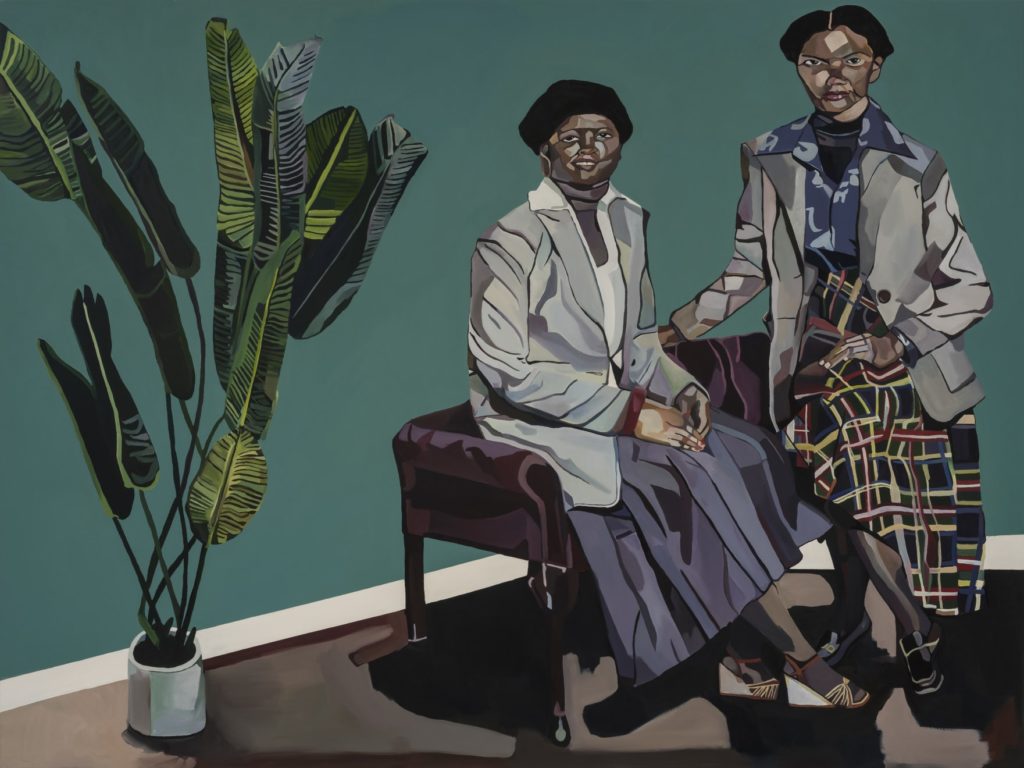 Despite such career momentum – perhaps even because of it – Labinjo says she never lost sight of the need to take her art education further. “I felt that I needed to expand my ways of thinking to get the themes I was interested in across in my work in different ways. I tried doing that by myself, but I really just wanted to be around my peers and tutors. I also wanted to learn printmaking.”

Crucially, even as her reputation as an exciting new painter continued to grow, Labinjo wanted to broaden, rather than narrow, the possibilities of her practice. “I never wanted it to get to a point where, if someone was deciding between two people, not having a MA hindered an opportunity. And as a black artist, I didn’t want something extra that could possibly hold me back. I also wanted to teach – and you need a MA to do that.” The Slade and the Ruskin were, she says, the only universities she considered “because I was based in London and I was looking for somewhere that had a good painting school. The reason I applied to the Ruskin is that the teaching staff is the most diverse of any of the art schools that I could think of.” 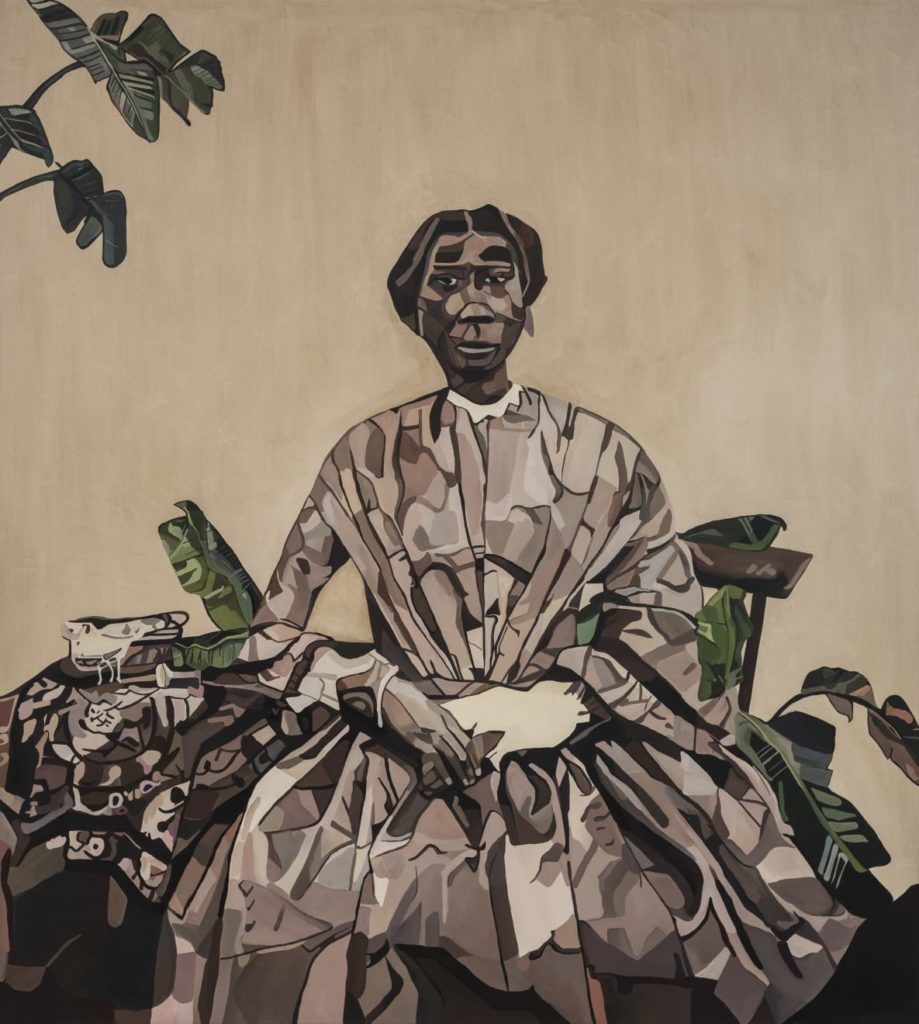 As well as learning from the lecturers – which at the Ruskin includes Oreet Ashery, Katrina Palmer, and Samson Kambalu – like any good practice-based MFA, the dialogue between students is a key part of the course.

For Labinjo, the international nature of the cohort – in her first year, at least – has also been important. “I’m one of two or three British people and the others are from America, Pakistan, Tanzania. It’s really diverse.”

Labinjo’s early success provided the financial support she needed to pay for the MFA, and balancing the demands of making work to sell while studying was always a consideration. “I knew the MFA needed to be part-time, because selling through the gallery is how I funded the MA and I wasn’t prepared to take the financial hit. I needed the money and had to find a way to do both.” She says that there is no separation between “uni work and work to sell. It’s all my practice, I just photograph things so there’s proof that I’ve done it.”

While selling work is clearly important, even before she started the MFA Labinjo was pushing her practice into new areas, taking risks rather than repeating what had already proved successful. Shortly before starting at the Ruskin, her solo show ‘The Elephant in the Room’ opened at The Breeder, Athens. The exhibition featured a new body of work that was much more overtly political, tackling racism and the legacy of colonialism head on. In part prompted by the murder of George Floyd and the Black Lives Matter protests, Labinjo felt it was work she had to make, but admits the shift in subject matter was nerve wracking: “As I was making them I was shaking at some points because I was so scared. I knew that the audience would understand the works, I just wasn’t so sure that people would buy them.”

It was a relief that they did. But sales, of course, aren’t everything. “Making money is great,” smiles Labinjo, “but that wasn’t the reason I decided to be a painter.” 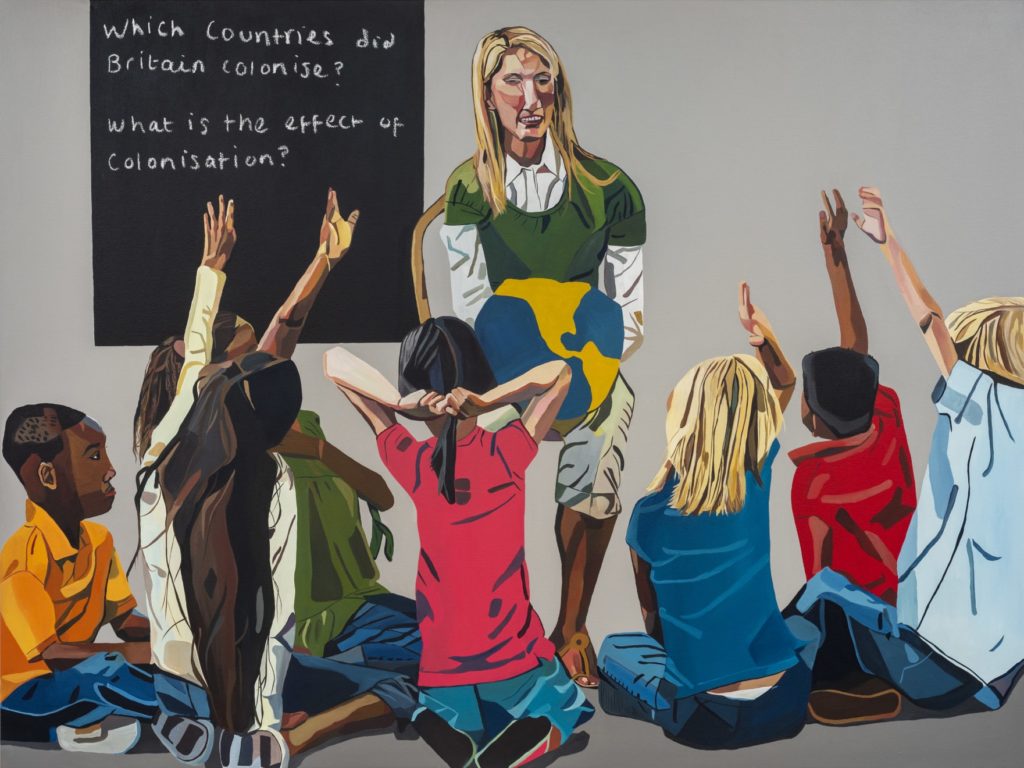 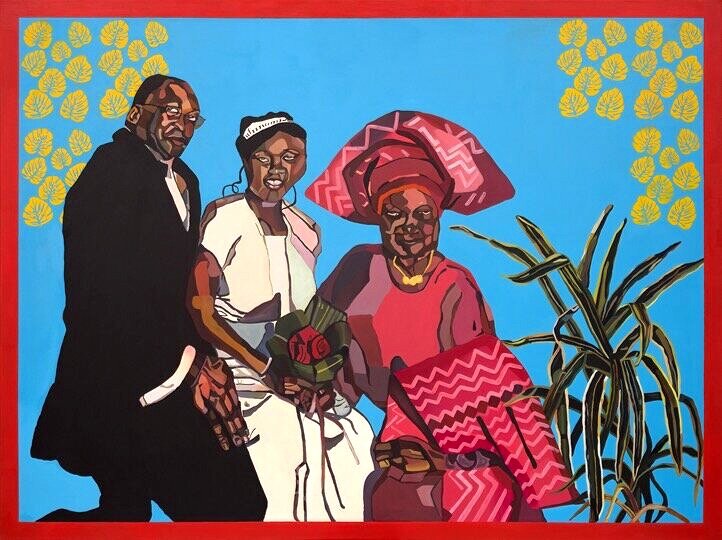