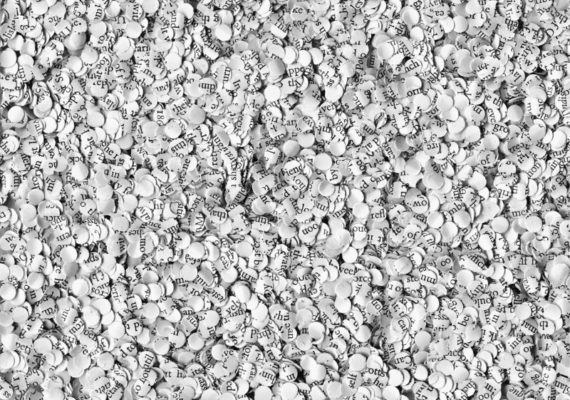 Static (2009) is the remains of a hole-punched text ‘The Rocks Remain‘ in constant motion. The found, mass-produced object has been manually hole-punched and the remains captured as stills. The stills created a frame pool which were randomly sequenced to create the moving image based on a random number from the computer’s operating system entropy pool.

Alice Bradshaw is an artist, curator, researcher and writer based in West Yorkshire, UK. She works with a wide range of media and processes involving the manipulation of everyday objects and materials. Mass-produced, anonymous objects are often rendered dysfunctional caricatures of themselves, addressing concepts of purpose and futility. Alice creates or accentuates subtleties, blurring distinctions between the absurd and the mundane. Alice also curates, often collaboratively, and is founding director of the Museum of Contemporary Rubbish.