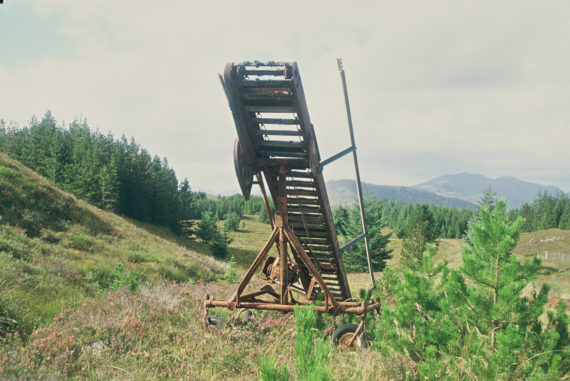 ‘Anonymiser Particular’ refers to Taylor’s use of grammatical constructs to remove himself from texts, which often become performances or audio pieces.

The exhibition comprises two artworks: ‘Aliases for a reason’, an audio piece written during a research residency at Edinburgh Sculpture Workshop, with Edinburgh College of Art, in 2015 that recalls the experience of attending a Radical Faerie gathering in Northumberland. And a new performance; ‘Enchantment for LelyAnyLevel’, which examines how a photographed piece of farming equipment might be placed within a domestic interior.

Richard Taylor (b. Sheffield UK, 1985) grew up in Derbyshire and moved to Scotland in 2009 after studying with ravers at Leeds University. His work is driven by a writing practice in which autobiographical, historical and geographical sources are points of departure. Recorded voice, slide photography, video, sound, object-making and performance are then used to create larger narratives. Corporeal and aural intimacies and proximities are considered, as are dialogues around the connections identity can or cannot have with landscape, community, people or things.

As a co-editor of the artist-run pamphlet series Gnommero, Taylor is also interested in how writing takes form within printed material. He completed an MFA at Glasgow School of Art in 2017, lives in Glasgow, and hopes there will soon be a dog in the family called Ambrosia. 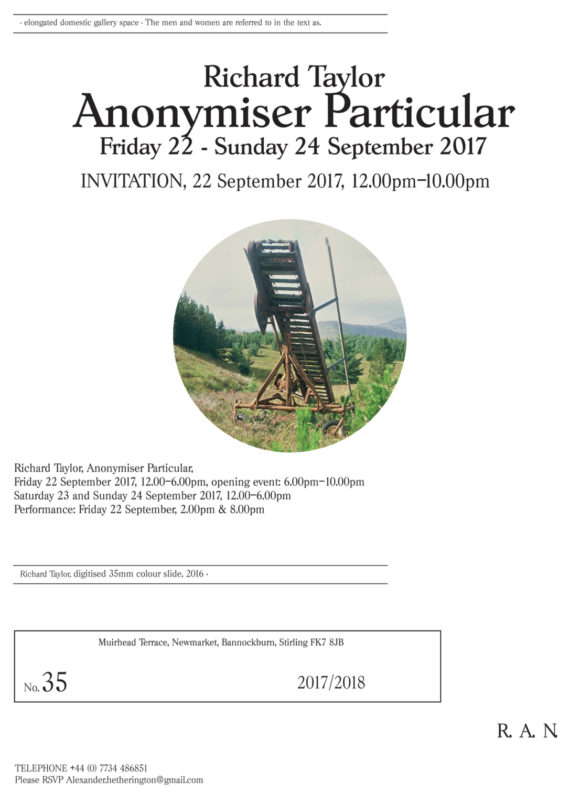