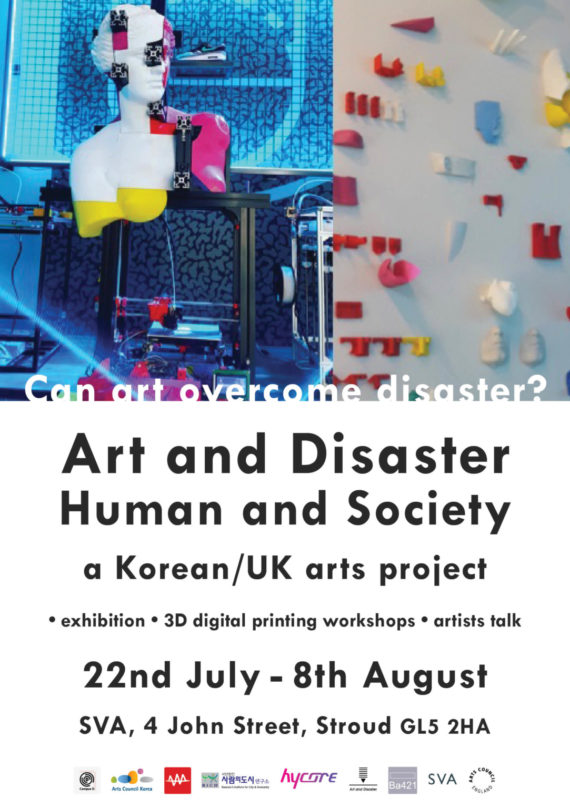 Art & Disaster is a nomadic-residency project team which sends artist to disaster areas and to help restore children’s memory and dreams by artistic activity.
The group visited Tacloban in the Philippines in 2015 which was attacked by a destructive typhoon (2013) and restored broken toys by running 3D printing workshops. The Art and Disaster team focuses on art forms that engage and possibly improve human life with a new technology, 3D printing. They search for an artistic approach and method that  supports a community and lifts the level of happiness especially, for the people left in extremely vulnerable states after being  attacked by natural disasters.

Art and Disaster, Human and Society

An exhibition of 3D printed artworks
(repaired toys and remains from Leyte island, Philippines), films, photographs and installations related to the climate change and past activities in Tacloban. Other artworks focusing on human and society will also be shown.

Build Your Own 3D Printer
2 Day Workshop for Artists
Led by Im, Do One

How can artists’ roles be redefined in
communities struck by a natural disaster? Free