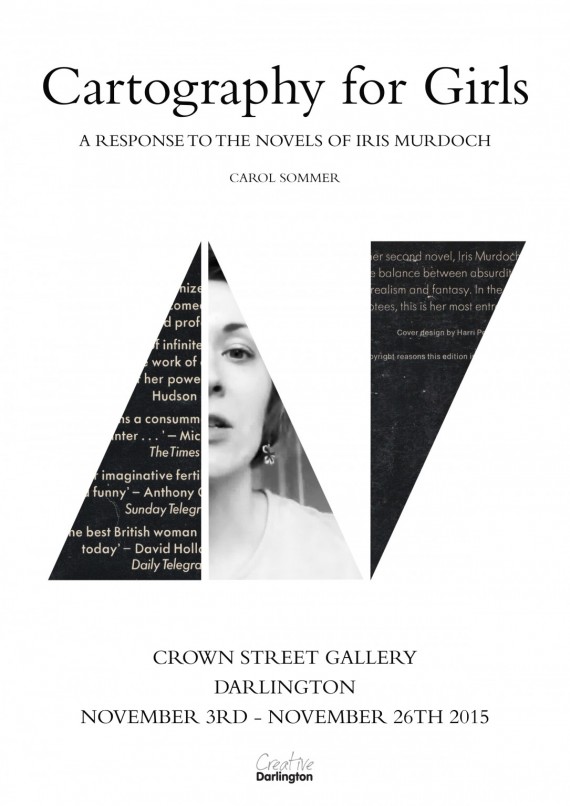 British novelist and philosopher Dame Iris Murdoch (1919-1999) was an important contributor both to English literature and moral thought during the 20th Century. Cartography for Girls is a timely exhibition by Darlington-based artist Carol Sommer, which casts new perspectives on Murdoch’s considerations about classification and order in relation to ethical life practices and female experience in her fictional works. Currently enjoying something of a renaissance, the work of Dame Iris was recently celebrated with a BBC Radio 4 Iris Murdoch Season and is a major focus of recent ‘ethical turn’ literary criticism.

Cartography for Girls takes as its starting point Iris Murdoch’s observation that “the questing mind abhors vacuums”, or formlessness. As such, Sommer’s works probe and map the idea of form and formlessness, particularly with reference to female experiences in Iris Murdoch’s 26 novels published between 1954 and 1995.

Carol Sommer is a Darlington-based artist who devises and applies taxonomies to existing bodies of information in attempts to engage with the discourses of literature and literary criticism.