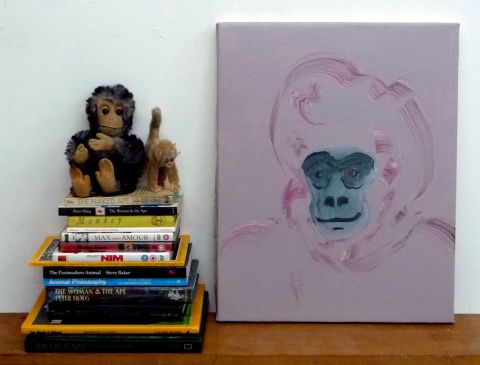 Paul Kindersley & Sarah Cleaver, Travis Riley & Sarah Bernhardt, Corinna Spencer & Andrea Hannon, Mimei Thompson & Urara Tsuchiy………..Preview: Friday 15 February 6-9pm…..As our contemporary culture careers towards ever-increasing mix and match experiments, the role of the lone practitioner, along with their own particular brand of I-am-ness, appears to be under a suspicious highbrow scrutiny. Many funding faux pas have been driven by a myopic almost religious zeal to crash together as many ideas/recipients/groups as possible in order to stretch resources and appear inclusive. Artists, however, are notoriously difficult to corral and under such heavy manners will slip and slide outside of their enforced holding pen. The main premise of Co-Respondent involves a series of sets of (two) artists working with text and imagery. Each duo has taken a subject in which they are both specifically interested. Each of these mini collectivist manifestations refute the idea of lost individualism and signify instead the shared enthusiasms, responsibilities, and playfulness which can be encountered when working with a co-responsive A N Other – Alex Michon, 2013 Work on show at Co-Respondent includes a monkey information desk, paintings inspired by Parades End and a mail art project influenced by the work of Sophie Calle. Co-Respondent foreshadows the upcoming issue of Garageland magazine, which looks at collaboration.