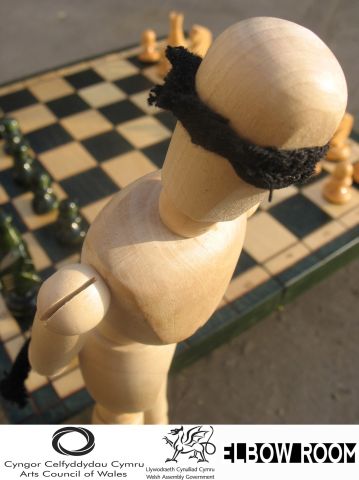 Details surrounding the Decontrolism movement are vague at best; all that is known is that they are operating out of an oppressed region of the world, where the creation and distribution of unsanctioned art is strictly prohibited, and those who do not comply face substantial penalties. The movement issue a set of instructions to the curators of exhibitions, through an intermediary who is in better contact with the outside world, as to what is to be displayed. All parties, of course, remain anonymous in order to protect themselves from any punitive measures they may face as a result of their actions. The pieces displayed within the exhibition will revolve around the suggestion that control is taken away from these artists; as such, the creation of the work is taken entirely out of their hands. The exhibit will centre around a game of chess, which visitors will be able to participate in; but only for a single move. Control is held by the player only momentarily, and is removed as soon as the move is made. The progression and outcome of this game is all that is relayed back to the Decontrolists, to show that their wishes have been carried out and that the outside world is aware of their existence.