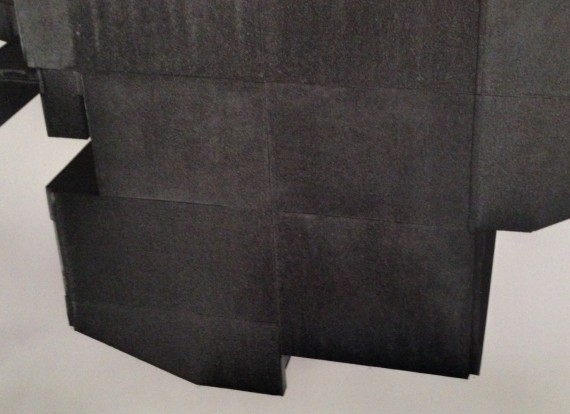 ‘Edgeland’ reviews Crabtree and Dent’s work over the last year. A journey of exploration into housing estates built post WWII in London.

Most of the sites they visit are Brutalist; the architecture provides the perfect foundation for light to intercept the cold, harsh structures, creating shadows that are fragile. At the same time these contrast the permanent physicality of the constructions that are determined by the hour in the day and strength of the light. These moments are captured on camera. Both photographers seek to see beauty or uncover unseen territory in places often deemed as ‘toxic’.

The results do not directly address the complicated issues that arise politically, due to the formal abstract tendencies of their visual language but this does not mean that the issues are ignored.

The estates that they have focused on are Broadwater Farm, Alexandra Road, Thamesmead and Woodberry Down, all with a different story to tell; their concrete weight sitting on London soil, providing thousands of homes but dividing many. Thamesmead was the furthest they travelled to and the most isolated yet Woodberry Down was on their doorstep but they barely knew it existed. A factor that ties all of these places together is the uneasy quietness, something you would not expect.

What this on going project has made Crabtree and Dent realise is that they must stop, look, see and engage with their surroundings and they invite you to do the same.