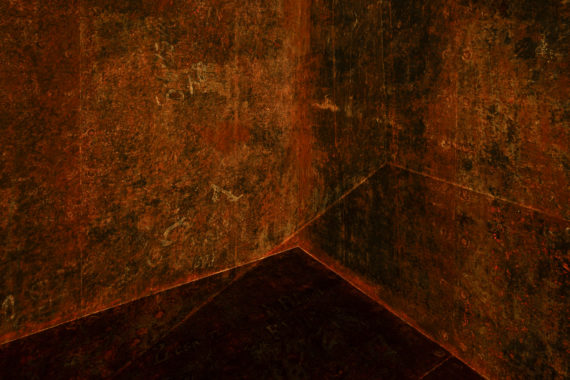 Kevin McCollum is a photographer whose work explores spaces in transition. Documenting large-scale developments, making images as a visual record before progress alters the purpose and aesthetic of these environments. His process involves seeking details and moments of chance stumbled upon. The works are studies of silence and an exploration of isolation, a split second in often-mundane surroundings that are beautiful or of visual interest. An empty space generally walked past, ignored and taken for granted.
Basement Series evolved out of a commission to document a specific space. The body of work is a personal study of colour, repetition, form and texture. The process and evolution of the project acted as a form of escapism. It allowed and encouraged a degree of experimentation. Making a series of images in the same space, utilising a variety of techniques. The location of the images is a basement and vault of a former bank headquarters in Edinburgh city centre.
Exhibitions include:
Projects 18 Stills, Edinburgh 2018
RSA Open Exhibition of Architecture The Royal Scottish Academy of Art And Architecture, Edinburgh 2018
New York Notes Summerhall, Edinburgh 2018
RSA Open Exhibition The Royal Scottish Academy of Art And Architecture,
Edinburgh 2017
Livestock Keepers National Museum of Scotland, Edinburgh 2017
The Collection Series: Works from a Private Photography Collection Stills, Edinburgh 2017
Photoville New York City, 2015
Livestock Keepers Scottish Parliament, Edinburgh 2015