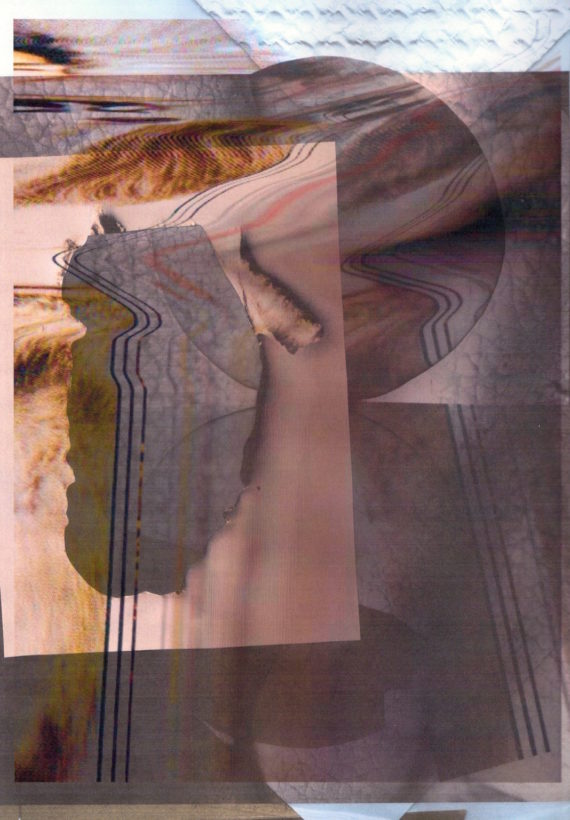 The photogram is traditionally an experimental darkroom process where household objects are arranged on photosensitised paper and exposed to light. Lexigram is an exhibition composed of a series of over 40 ‘digital photograms’. Rather than being exposed by light, they use technology – digital cameras, scanners, photocopiers and printers – to ‘expose’ already flat representations and ‘develop’ the results within the confines of a frame. This creates a concrete trace of a performed moment, or sequence of moments, which coalesce, or jar, in the layers of each image. Often these suggest a quotation, appropriation or repetition of part of a previous image, which build together to form a visual dictionary of possible structures, one though which is limited in its scope.

The source footage, which forms the basis of the work as a whole, includes the re-staging of editorial magazine photoshoots and conventions of product photography. These are then layered through documentation, re-documentation, scanning and photocopying with images of liquids, evaporation and dilution. The work as a whole consists of a wrapping up of substances, forms, materials and conventions; and an unwrapping of packaging, surfaces and cosmetic textures.

Thus, the resulting arrangement comprises a series of symbols that stand in for language; a set of repeated, edited motifs representing substances that appear to be displayed for consumption, but also bring into focus the apparatus of production.