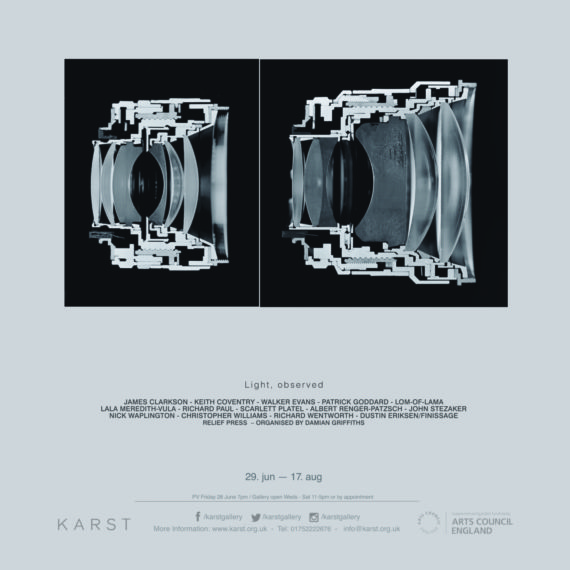 KARST is pleased to present its next exhibition; Light, observed. The show sets out to explore the relationship between the camera, the world and the photograph, each in conversation with the other.

It is simultaneously a paradox and a poetic that light performs with apostate properties dependant on the frame in which it is observed. it is this fundamental duality compounded with the mechanics, economics and agency of the camera in conjunction with the photographer that render photography as the most porous of mediums.

Plurality should be seen as a virtue but in general it garners mistrust. The photograph hitches a ride on the real but we have lived too long to believe it. The photograph is seen to yield. Almost from its inception photography has needed industrialisation for it to function and when magic is man made the agenda of its owner is always at play.

Of course this is old news. As conversations about photography they are exhausted because they are now inscribed in all photographs. When practised at its best photography is contorted by this anxiety.