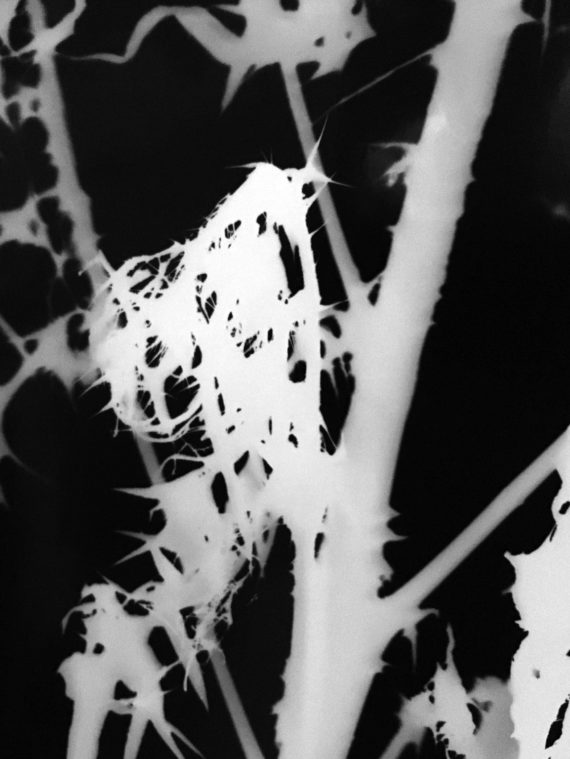 Since graduating from the Royal College of Art in 2014 Rogers’ Super 8 and 16mm photogram and pinhole films have been shown at Summerhall Edinburgh, Horse Hospital, No.w.here, Apiary Studios and Tate Britain, London.  She also co-programmes analogue film nights in Ramsgate and London.

The garden is the subject for new 16mm & 35mm work including a photogram film of a Rosemary bush, film of lavender developed with lavender and a full size photogram of a Bull Thistle.  “For me the interest lies in making images on film in the most direct way possible which is why a lot of my work is made without a camera lens or laid directly on the object.  These film works are sometimes projected and sometimes not.” Previous works include pinhole films of rooms made in spheres and rubbings of floors.

There will also be a limited number of photo etched and digital c-type prints for sale.