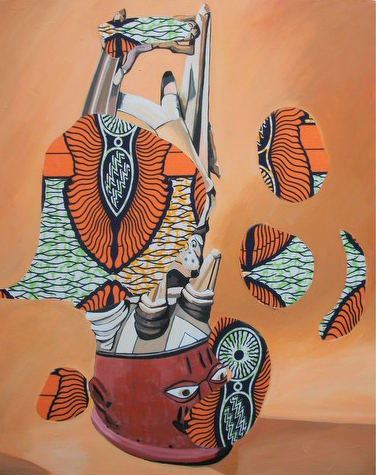 The angular, fragmentary construction by Mark McClure with its painted and unpainted timbers suggest parts of a shipwrecked yacht or splintered ice in a frozen arctic sea. Lastly to the heat of Neil Morley’s African series. His practice employs readymade fabrics, creating tensions between background and foreground to explore the politics of colonialism and tourism. The two paintings in this show use traditional African fabrics with a moving water motif as their canvas.
www.wvwg.co.uk
Twitter @wvwg_e17
facebook.com/walthamstowvillagewindowgallery