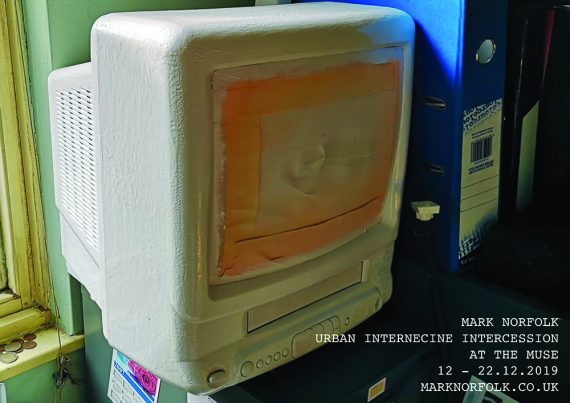 The notion of the polite conversation has passed.

Humans shift away from a natural equanimity with nature, migrating in ever-increasing numbers to urban developments where they see their cosmetic , technological existence as the norm. Yet without industrial succour from nature’s resources, this urban existence is unsustainable.

This series of short experimental films aims to shine a light on the social-political discourse in the urbane urbanite image, culminating with the essay film How Do You Sleep At Night, which asks the viewer to think, to reflect, to dream…

THE ROOM
5 mins | UK, 2017
Eirini Nikopoulou/Mark Norfolk
A woman affected by the 1974 Turkish invasion of Cyprus has devoted her life to give voice to the many missing soldiers and civilians who have been declared missing. Turning her house into a museum dedicated to their stories, The Room has become a testament to the longing of mothers to reunite with their children.

SEINE TOXIQUE
6mins | UK | 2019
Humans are constantly on the move, physically and psychologically, yet how does this natural disposition impact with the environment they believe they have conquered? Seine Toxique uses multilayered looped images to create its own rhythm alongside a soundtrack accompaniment of vibrant violin and percussion to explore the rhythm of city-dwelling humans against nature itself.

RAGE
6 mins | 16mm | 1997
Rage is a non-narrative, experimental film exploring the theme of the inner rage that a person feels at seeing or hearing injustice. Inspired by the brutal murder of black teenager, Stephen Lawrence in 1994, the eclectic use of sound and vision, ramped film speeds and layers of sound featuring “If We Must Die”, the Pulitzer Prize winning poem by Claude McKay, the film conjures up the emotion of rage without ever becoming angry.

BELLS
2mins | UK | Digital | 2019
A peal of bells signal the beauty of syncopathic tone against the voracity of the inner city.

ENGLONDRUSALEM
1 min | UK | Digital | 2019
a film by Mark Norfolk, Music by Seb Russell, Vocal by Abiona Omanua
An outpouring of nationalistic fervour in amongst the city rush.

ANONYMITY
21mins | UK | 16mm/Digital | 2008
a film by Mark Norfolk
Anonymity takes us on a visual journey of anonymous layers that encompass nature, traversing us through urban living, at times suggesting our individual existence is nothing more than a fly amongst millions of flies or a bird amongst millions of birds to an accompaniment of soundtrack and coruscating voiceover exalting us to fight back against evil forces, via religion or conscience, stopping just short of social revolution. Visually, the film uses non-narrative forms, merging and layering old with new, film, digital and still images to become its own character, an all-knowing, all seeing oracle on humanity.

HOW DO YOU SLEEP AT NIGHT
75mins | UK | Digital | 2018
How Do You Sleep at Night is formed of a series of images captured on domestic digital cameras over a ten year period, from moments or events in numerous countries and cultures. Using analogue and superimposed digital images along with discordant, transcendental soundscape and narration it presents a document of a delicate global community precariously balancing the serenity of nature and the unnatural syncopated pace forced upon humans by a perceived progressive way of life.

Mark is an award winning writer and filmmaker who writes professionally for screen, stage and radio. He studied Speech & Drama and Independent Film Production and Avant-garde Film Studies at the University of Wales College, Cardiff. He has worked in television production as a researcher and associate producer with companies such as the BBC, Channel Four, Sky and as a sports journalist and columnist writing articles on film and culture for publications such as The New Statesman and the Evening Standard. He is a founder member of London-based independent film production company Prussia Lane Productions which mainly produces art house and experimental films. Mark is particularly keen on charting societal transformation through independent cinema and regularly uses expressionist and non-traditional forms of filmmaking to express narrative. He is a proponent of the 2CC film movement (21st Century Cinema) and utilises much of the rules in his ideas of independent cinema. His short films are experimentally realist and reject overt technological trickery, such as CGI. For five years he was coordinator of the BFM (Black Filmmakers) International Film Festival, at that time, the largest festival celebrating black film in Europe. Mark has taught and lectured on film and screenwriting at various universities and colleges and was a writer in residence at a high security prison where he oversaw the publication of a number of books featuring offender art and creative writing, including mentoring a number of award winning writers and filmmakers.

As a playwright, Mark was a writer in attachment at Soho Theatre in central  London where he wrote Wrong Place (2003), after earlier having won the International Playwriting Festival with his play Knock Down Ginger (2003). This play opened the Arte Terme Festival of new writing in Urbino, Italy before its eventual production at the Warehouse Theatre and receiving a Guardian Culture Award. In 2009 he was one of the first writers in residence for a London borough in a then, unique collaboration between London borough of Newham Council, Arts Council England and writer development agency, Spread the Word. Amongst the many projects instigated was the hugely successful Changing Face Creative Writing Competition with awards across multiple categories.

In 2015, Mark was the inaugural recipient of the Roland Rees Memorial Award for his stage work. His recent work includes Dare To Do: The Bear Maxim at the Space Theatre, a stage adaptation of the UK’s first all black cast of Shakespeare’s Hamlet (2016) which toured nationally for Black Theatre Live, Princi I (2016), an adaptation of Hamlet adapted from English to Albanian and staged in Kosovo which he also directed for Color Art Theatre. Mark’s other plays include Where the Flowers Grow (2011), Naked Soldiers (2010) at the Warehouse Theatre, all of which are published by Oberon Books; and a collaboration with four other authors on Blair’s Children (2013) at the Cockpit Theatre.

Mark currently lives in London where he teaches Screenwriting at Birkbeck, University of London and has a number of stage and screen projects in development. 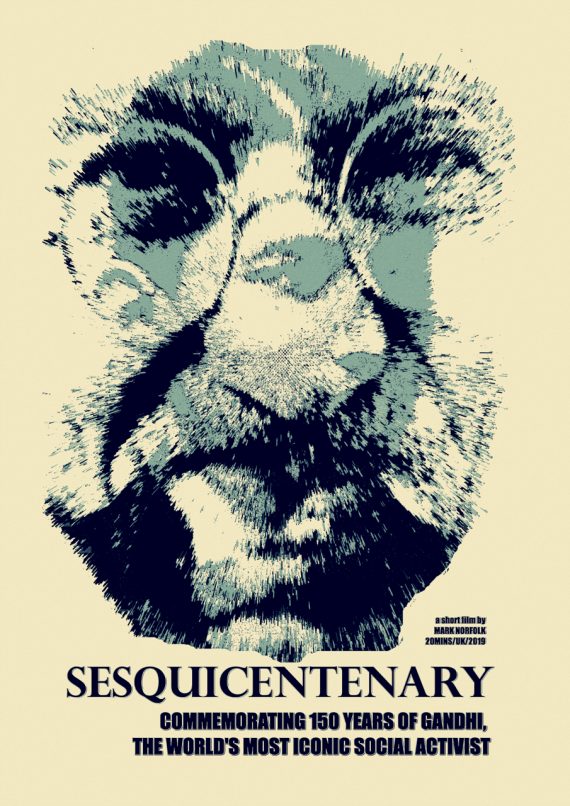