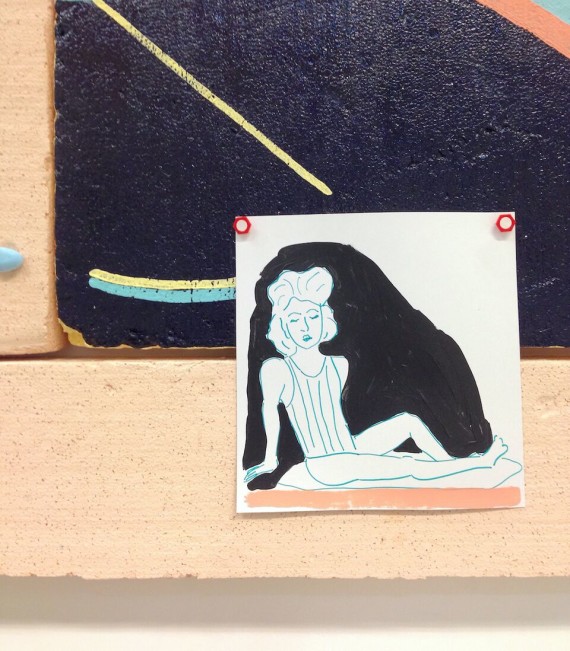 The cocaine boom and Miami riots of the 1980s provided the violent backdrop to the television series Miami Vice. The show broke new ground by drawing upon New Wave culture and music and cynically implying that the tally of dead criminals that each episode ended with would immediately be replenished. This violence and cynicism were juxtaposed by Miami’s pretty pastel coloured Art-deco architecture.

The exhibition, Miami Vice, beckons a new pop-culture revolution of pretty pictures and decadence. Shades of pink, blue, green, peach, fuchsia and an abundance of pastel colours could easily reflect the beachfront hotels of South Beach and in this Art-deco revival, no earth tones are allowed.

Thanks to the legacy of Miami Vice, the 1980s conjure images of pastel suits, no socks, rolled up sleeves, Ray-Ban sunglasses and the last days of technological innocence. What survives isn’t necessarily what was important at the time. Like paintings, pop-culture revolutions are unplanned. Ardent followers and painters don’t know what they were waiting for until it appears and both have a hard time articulating the reasons for their devotion.