MOTHER. I AM GOING at Alchemy Film and Moving Image Festival - a-n The Artists Information Company 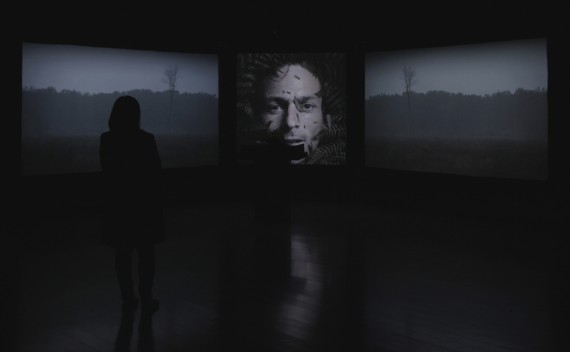 MOTHER. I AM GOING is a three-screen audio-visual installation.

Filmed in an abandoned village in southern Bulgaria, and on the North East coast of England, the film weaves together documentary, performance and archive footage to explore memory’s relationship to the cinematic image, and the discontinuity of history.

Memories return in the form of images. ‘Moments of history are plucked out of the flow of history, then returned to it – no longer quite alive but not yet entirely dead.’

Lucidity appears only in brief moments and no final truth is ever revealed.

Multiple screens allow the installation to reflect the way time and memory are structured, encouraging complex and intricate associations within the flow of imagery, and refusing a definitive viewpoint.