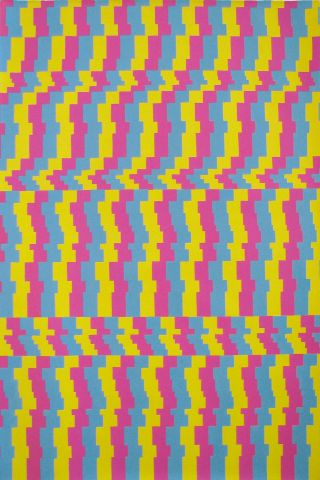 Cipriano Martínez’ paintings and silkscreen prints explore architectural elements that are taken out of their context and reorganised randomly. Martínez is interested in “seriality” of architectural forms with a reference to Heidegger’s description about the “era of the end of the image”. His images aim to replace the reality: reality which is built from images of mass media. Martínez’ work is a metaphor for constant change in urban spaces as well as in established systems such as the financial system. Cipriano Martínez is a Venezuelan artist, based in the UK. He has an MA from the Chelsea College of Arts and received a Special Mention at the Jury Mendoza Awards, Caracas. www.ciprianomartinez.com