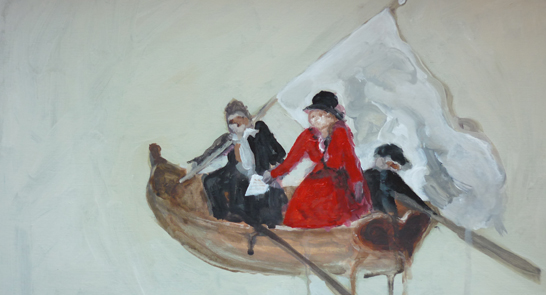 Spencer is influenced by the representation of women in historical settings, their stories, loves and loses. Here, she presents a new collection of female portraits, which are small in scale but large in number.

The exhibition includes 1000 small portraits of imaginary women, which are presented alongside the artist’s response to portraits of women found at the National Trust’s Killerton House, on the outskirts of Exeter.

The title, Strange And Romantic, refers to Anne Acland’s description* of the life of Harriet Fox Strangeways (1750-1815) a portrait of whom hangs at Killerton House, painted by Joshua Reynolds at the time of her marriage to John Dyke Acland. Lady Acland was known for accompanying her husband and then caring for him while captured during the American war of independence.

*Killerton by Anne Acland, Published by The national Trust, 1995