The Secret Life of Stuff - a-n The Artists Information Company 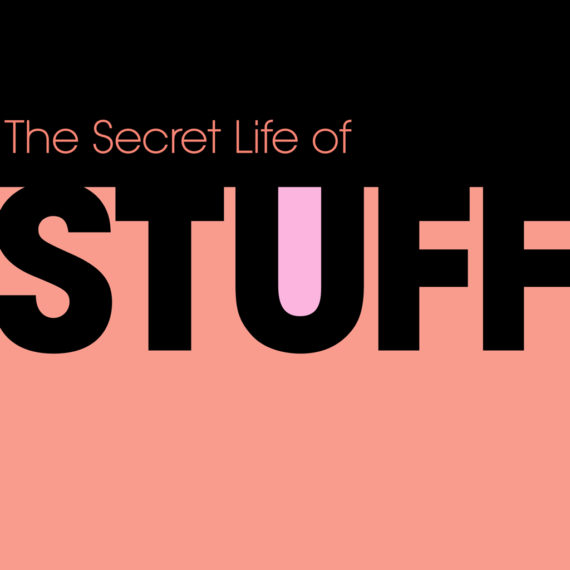 In 1936 the Surrealist artist Eileen Agar painted a watercolour in the South of France titled Thumb Rock. In the 1980s she returned to the theme of landscape painting, not so much to the subject matter itself, as to the strange and anthropomorphic or animalistic hauntings which she first caught sight of in the early part of the 20th Century. Her particular playful and idiosyncratic appropriation of the Surrealist zeitgeist of the 1930s, and the repetition of earlier motifs fifty years later, reminds us how important notions of the unconscious have remained in the making of works of art ever since.

The Secret Life of Stuff sets out to re contextualise Agar’s work and the idea of the ‘unconscious’ in relation to the work of four contemporary artists. The title alludes to the need to open up this term, away from its psychoanalytical meaning which was so important to Surrealism, and to recover a wider understanding that extends beyond the subject. For the artists exhibiting work in this show it is the role materials play in making art that is instrumental in actualising those unconscious forces which we suspect are there and which we yearn to see.

For Bernice Donszelmann it is the implicit and unconscious forces that live within words and language that her rhythmic compositions project into the sight of the viewer. The viewer is also a reader, standing before the work as it unfolds its sequence.

Catherine Ferguson’s abstract paintings enfold an admiration for various pictures from different historical periods. These paintings were made with Caravaggio’s work in mind: fragments and passages and memories juxtaposed with works by others. In their making the paintings explore, unfold and try to repeat the invisible, unconscious forces which make Caravaggio’s work so compelling, not as a theoretical idea but in practice, through the composition of specific materialities of paint and surface.

The sculpture of John Gibbons exceeds the material stuff from which his works are made and carries the movement of an internal life out into the world. The physical processes of working with metal are technical, skilful & forceful. At the end there is an object and there is a surface which speaks so eloquently of that history. The surface bears the trace of a relationship to the materials used and the processes by which its unconscious capacities, become actualised in the end. Far from being about the physical properties of metal these capacities were waiting to connect with the DNA of the sculptor, his capacities & inheritances, in order to breathe new life into the world.

Della Gooden’s wall assemblages are formed from circles, graphite lines and shadows, which continually revise their relationships to each other; mutating into new arrangements and even forming breakaway pieces. As the circles & graphite lines shift & change, shadows pace back & forth, directed by the lights above & the sunlight through the window. The work is spatial, transient and time-based. In looking, we sense acute relationships of measurement and scale, the friction of a surface and the softness of a pencil. Affixed silently to the wall, the circles’ weightlessness and enclosing of space contradict our own bodies’ experience of gravity, which holds us down. Other imaginary spaces emerge as we scan across with our eyes or walk on.