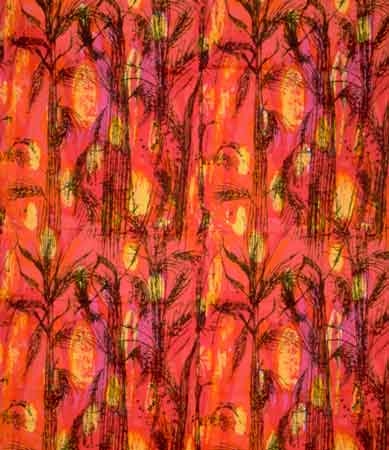 This exhibition explores slavery and its impact on trade and empire through objects selected from the Gallery's collection. These range from a pair of 18th century watercolours by Thomas Hearne that show day-to-day life in the Leeward Islands, major British sugar colonies at the time, complete with slaves and slave owners, to surprising domestic textiles and contemporary works by Black artists. Trade and Empire remembers slavery and its place in art and decorative arts in the 18th century and beyond. The exhibition has been developed by four guest curators/artists: SuAndi, Kevin Dalton-Johnson, Emma Poulter and Dr Alan Rice, with Whitworth staff. Trade and Empire is part of Revealing Histories, a year-long series of events across eight Greater Manchester museums and galleries to commemorate the bicentenary of the Abolition of the Slave Trade Act. Revealing Histories seeks to uncover the region's involvement in the slave trade as well as its contribution to slavery's ultimate abolition.