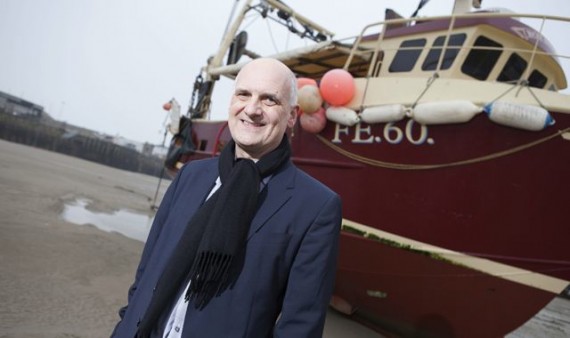 What kind of a year has 2014 been for you?
It’s been a great year, personally, with several of my projects coming to fruition separately: John Moores Painting Prize China had its third iteration – with more than 3,000 submissions from 26 provinces, it’s already set to overtake the 50-year-old original in quality and reach; we launched the first International Award for Art Criticism in November (submissions from 46 countries); the Institute for Public Art, registered in Hong Kong, which I chair, completed its first year in July, with a global network of researchers established and its second International Forum due, in Auckland, this coming year; and, in the UK, Folkestone Triennial 2014 was a big success too.

What has changed for the better and what, if anything, has changed for the worse?
The Scottish Independence movement seems to have focused thinking in Westminster (again) on ‘the London problem’ – it’s now more widely understood that UK politics, culture and the economy are ‘the most over-centralised in the world after North Korea’. So that’s a step forward. On the downside, it’s clear that, breaking promises to the contrary, the Coalition government will end with the national debt larger than when it took office, despite five years of ‘austerity’ for most people and ‘encouragement’ for the wealthy.

What do you wish hadn’t happened this year?
I don’t tend to think that way – revisionist wishes butter no parsnips.

What do you wish had happened this year, but didn’t?
Ditto, but I have to wonder whether an independent Scotland vote might have galvanised national decision makers into considering a future not based on lack of imagination and a sentimental adherence to the past (whether the past of Empire or the past of pre-2008 economics).

What would you characterise as your major achievement this year and why?
Folkestone Triennial 2014. I’ve lost count of the number of exhibitions I’ve made – somewhere north of 150 – but I don’t recall making a show that met with such praise from all sides: media, sponsors, local people, art students and visitors to the town. Even the artists seem to have enjoyed it. All of which makes the inevitable failings easier to live with.

Is there anything you’d like to have done this year but haven’t?
I should have landed a spacecraft on an asteroid; I should have seen more of this year’s biennials (five or ten more would have been good); and I should have visited more of the 100 or so new museums of contemporary art that opened their doors in 2014. (I did see the three that opened this year in Shanghai, but there will be 22 more opening, on the former World Expo site alone, by 2018). I should have spent less time going to openings and more time talking to artists ‘at home’.

What would make 2015 a better year than 2014?
It would be great to elect a UK government in the coming year that was unafraid to acknowledge that taxation is the basis of civilisation; that the quality of life of the country is founded on the hope of increasing social justice; and that these truths are made real through actions not words.