2016 – How was it for you? #3: Maurice Carlin, Clore Visual Artist Fellow - a-n The Artists Information Company 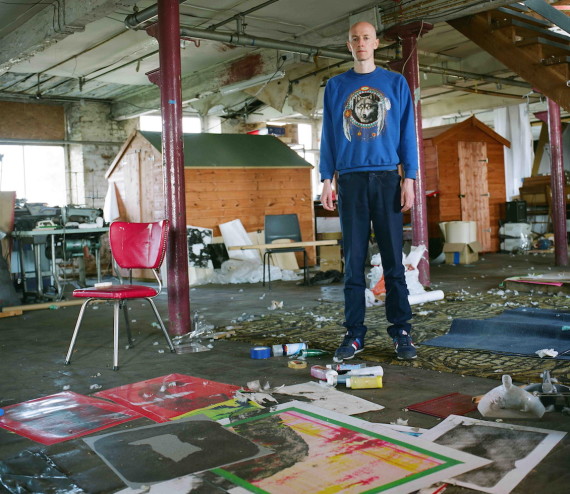 What kind of a year has 2016 been for you?
I’ve had some personal success this year, the Clore Visual Artist Fellowship being a highlight. I also made some significant steps in my work towards introducing a new approach to the custodianship of art. That said, personal successes seem somewhat redundant this year in light of the giant steps backwards we’ve taken within the wider world.

What has changed for the better and what, if anything, has changed for the worse?
Coming up with something that has changed for the better in 2016 is really tough, although I am trying to be positive and continue to look for what I can contribute as an individual to help make change. Something I’ve become aware of through my learning on the Clore Fellowship is how much I’ve been in the habit of criticising for the sake of it, without considering what could be done differently. I think this in part comes from a culture of critique within the arts, which is important but is rarely directed towards considering alternatives to that which is being criticised. It is also very rarely directed at the structures that underpin art itself (although the current Guerilla Girls show at Whitechapel Gallery is a notable exception). I wonder if we as artists can channel our creativity not only to the asking of questions, but suggesting some of the answers too. 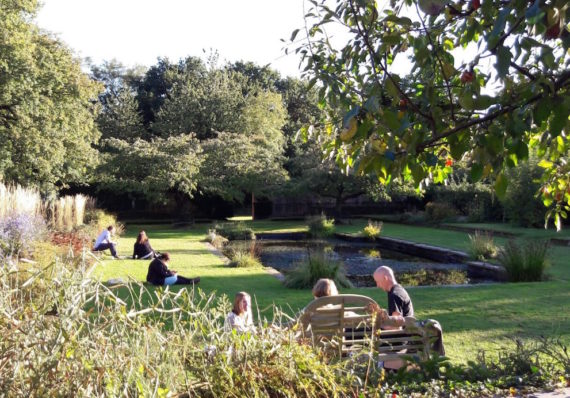 What do you wish hadn’t happened this year?
I wish that the campaigns around the US election and Brexit had been conducted in a fairer and more transparent way. With those decisions, we’ve entered an era of uncertainty, which can be a difficult place to confidently make decisions and move forward. The writer Umberto Eco described ‘crisis’ as the “point between where an old system has failed and something new has not yet been found to replace it”. He went on to discuss how it was the role of artists to bring about a state of “productive crisis”, and to imagine and illustrate a future when it is almost impossible to see one.

What do you wish had happened this year, but didn’t?
I wish that artists and the arts had been more powerful as a united voice against the forces that are pulling us apart. What would it mean to be more powerful as artists? For me, it is to do with calling out the myth of the singular artist who achieves everything alone – I don’t think this ever happens. I would like to start through considering what we each can ask of each other: what support could we count on from each other? The arts being essentially a social activity where connections are made quickly and fluidly, means that we are uniquely placed to lead the way on a new kind of social solidarity.

What would you characterise as your major achievement this year and why?
Along with a group of collaborators, I produced ‘Temporary Custodians of Islington Mill 2018 – 2028’ – an artwork that proposes a new approach to the ownership and custodianship of art and place. As something I’ve been planning since 2013, it represents a major milestone for me. The piece is a large-scale installation made up of 100 relief prints of the derelict 5th floor surface of Islington Mill [in Salford]. 100 people are taking custodianship of the installation and over a 10-year period we will explore together what it means for a work to be co-owned in this way. In just over two months, 63 of the 100 prints that make up the installation have been sold to ‘Temporary Custodians’, raising £63,000 towards the redevelopment of the 5th floor space. Custodians are buying a part of an artwork and a stake in the future of this part of Islington Mill, which is to be a new large-scale facility for artistic production and presentation. 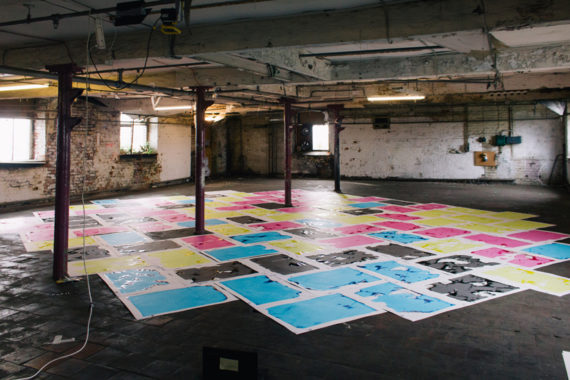 Is there anything you’d like to have done this year but haven’t?
The Clore Fellowship has been a life-changing experience for me. Having left school at 17 and not been in a formal learning environment since, it has been a rare and wonderful opportunity to have been given the time, space and support to reflect on the choices and decisions I’ve made throughout my whole life to date, and to consider what I could do from here. Something I’ve taken from Clore is that we are often so hard on ourselves, and constantly berate ourselves for what we haven’t done, when instead we could be celebrating and taking confidence in our achievements. So in answer to your question, I’ve decided to ask myself a different set of questions at the end of this year, such as: What have I done this year that I hadn’t expected to? What have I done this year that I’ve overlooked? What haven’t I done this year that I still want to do next year?

What would make 2017 a better year than 2016?
I think next year could be better if we can begin to address simple, fundamental and perhaps overlooked aspects of our everyday, such as the language we use. At Islington Mill, we have been working with Rivca Rubin who is leading on a new movement around language of choice – it involves taking ownership of our individual actions beginning with the language we use routinely, ie. replacing “I have to” or “I need to” with “I choose to”. A number of us have been practicing this approach over this past year and have become aware of how much we had been disempowering ourselves with our use of limiting words and language.