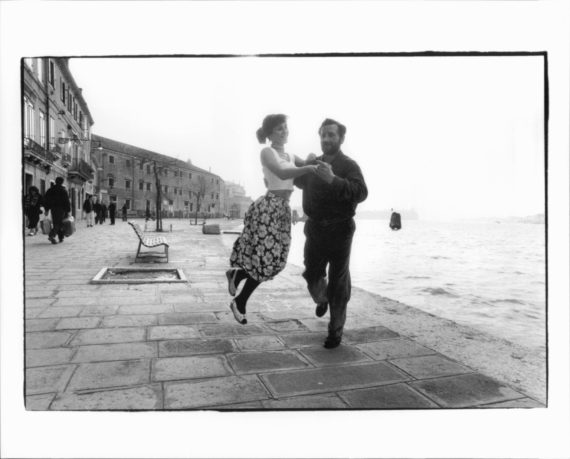 The seventh edition of the Alchemy Film and Moving Image Festival sees the work of 70 filmmakers being shown at various venues across the Scottish Borders’ town of Hawick.

Over 120 films, including 24 world premieres, will be on show. In addition, there will be 12 moving-image installations around the town, expanded cinema performances and a filmmaker symposium.

Highlights from the programme include a special tribute to the late John Berger through a screening of his 1989 film Play Me Something. The work features Tilda Swinton and Margaret Bennett, with Berger narrating a politicised Venetian romance between a farm worker and a young bohemian woman, to a bemused waiting room in a desolate airport lounge on the Scottish island of Barra. There will be a Q&A session with the film’s director and co-writer Tim Neat.

Rachel Maclean’s It’s What’s Inside That Counts, which was recently exhibited at HOME, Manchester and is currently showing at Tate Britain, is also getting its Scottish debut. The artist is to represent Scotland at this year’s Venice Biennale and will be part of a Q&A with Alchemy’s creative director. She will be discussing the evolution of her work and the themes of her new Venice commission.

Installations at the festival include Kathryn Ramey‘s ‘unfaithful’ remake of Man Ray’s Emak Bakia, made without the use of a motion picture camera. Elsewhere, Izabella Pruska-Oldenhof’s In Medias Res is a hybrid cinema installation that puts analogue media – including mosaic, painting, photography and film –in dialogue with digital interactive moving image.

Other events include British artist Andrew Kötting’s eight mile procession of artists towards the Hermitage Castle. The event will ‘reunite the ghosts of King Harold and his hand fast wife Edith Swan Neck’, with Kötting’s film-walk culminating in a screening of Edith Walks at Hermitage Hall.

Moving-image artist Richard Ashrowan, creative director of the festival, said its location makes it unique. “It lends the visitor experience a special quality of friendliness and intimacy, an environment in which filmmakers, audiences and volunteers all mix, generating a real outpouring of creativity and conversation.

“The festival has grown enormously, attracting 1,000 international film submissions this year, and attended by over 50 filmmakers from around the globe.”

Mark Thomas, screen officer at Creative Scotland, said: “It has been an incredibly exciting year for the team, with an expanding programme of community filmmaking initiatives coupled with their work with Rachel Maclean, due to premiere at the 2017 Venice Biennale.

“This year’s programme presents an excellent opportunity to experience a showcase of international standard experimental film and artists’ moving image.”