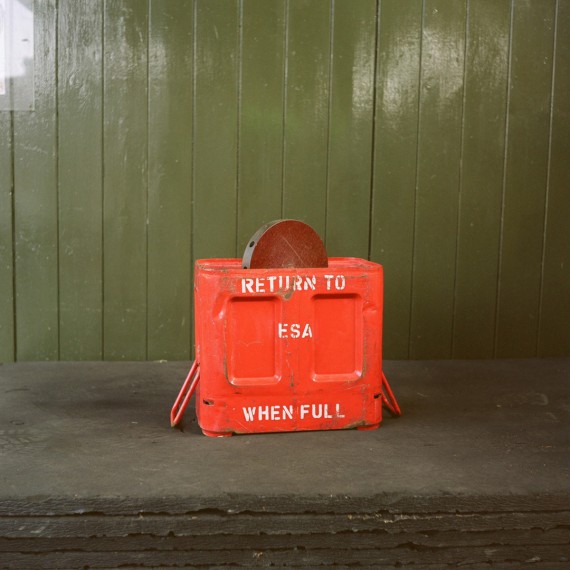 A total of £9000 has been awarded by the Royal Scottish Academy of Art & Architecture (RSA) to one established artist and two recent graduates. The money will be used to fund new bodies of work and research trips to the USA and Canada. All three prizes have been awarded through an open submission to artists based in Scotland.

Gair Dunlop, course director of Time Based Media & Art at Duncan of Jordanstone College of Art and Design (DJCAD), wins the RSA Morton Award for lens-based media. With the £5000 prize money, plus funding from Creative Scotland, he plans to create a multi-screen video installation, Yellowcake: Atomic Modern.

The work will combine elements of fiction, archive footage and documentary from atomic research laboratories and facilities being slowly decommissioned across Britain. The new work will be exhibited at the Scottish National Gallery of Modern Art in 2016/17.

Catherine Ross, who won the Gordon Memorial Trust Award during RSA New Contemporaries 2015, receives her second RSA award in the same year, with the Littlejohn Award for excellence and innovation in water-based media.

Having graduated from Gray’s School of Art last year, Ross now works as a painter and model maker. She will use the £2000 prize money to revisit her place of birth – a remote city called Yellowknife in the Northwest Territories of Canada – to research mankind’s interaction with nature and solitude.

Tim Sandys receives the RSA Barns-Graham Travel Award, which provides a travel and research opportunity for artists graduating or currently in postgraduate study. He will use the £2000 prize money to fund travel to North Platte in Nebraska, USA, where he will create “a visual and ethnographic study of The Bailey Train Yard and its community environment.”

The yard is the largest environment for the management of freight transport on the planet and is widely recognised as the informal barometer of the United States’ economic activity.

Sandys graduated from DJCAD in 2012 and was selected for RSA New Contemporaries 2013. He has since completed his MA in Fine Art at Glasgow School of Art. His practice uses sculpture with elements of performance to respond to man-made environments and community.

All awardees will also show at the next RSA Annual Exhibition and acquisitions of selected works from each artist will join the RSA permanent collection.