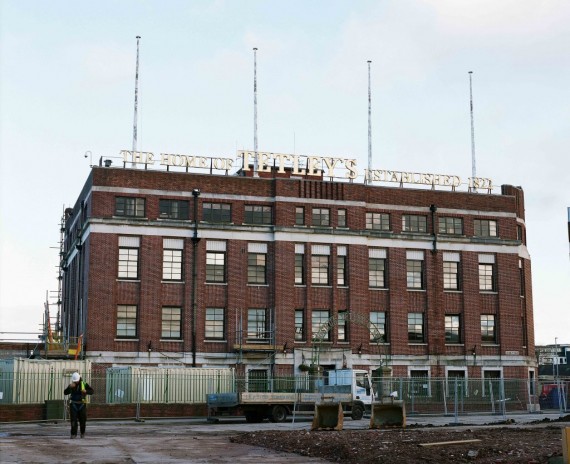 Leeds’ new centre for contemporary art and learning, The Tetley, will launch at the end of November with a three-part programme, A New Reality. The inaugural programme aims to involve artists and audiences in the project’s future curatorial direction, by encouraging them to question and imagine the role of a dedicated home for contemporary art in Leeds.

For the launch, Co-founder/Director Kerry Harker and curator Zoë Sawyer have invited artists working across different disciplines to create interventions that ‘unpick the fabric of the building, its history and future use’ and that present an opportunity for visitors to experience the future of contemporary art through their work. During the launch programme, the former Tetley Brewery will be repurposed as a contemporary art space, taking the themes of ‘labour’, ‘the telling of overlooked or fading history’ and ‘the cyclical process of change’ as a starting point.

Part one, which runs to spring 2014, will include a two-month residency by Sheffield-based artist James Clarkson, who will create new work using objects found on site during the renovation. The programme will also include a series of public discussions on the notion of work, organised by artists Emma Rushton and Derek Tyman; the making of a film by Rehana Zaman, that will draw on interviews with former employees of Tetley Brewery; and a kinetic installation by Simon Lewandowski and Sam Belinfante that looks at the many controlled processes and repetitive actions of contemporary life.

The Tetley is operated and curated by Project Space Leeds (PSL), a contemporary arts and education charity founded in 2006 to create a platform for emerging artists. In 2012 it secured support from Arts Council England to convert the former headquarters of Tetley Brewery, an iconic art deco building, into a contemporary visual arts hub. The Tetley’s programme will maintain a focus on emerging and innovative practices centred on creativity, innovation and experimentation.

Project Space Leeds: “It’s all there for the taking”: Gillian Nicol talks to Tetley Co-Directors Pippa Hale and Kerry Harker