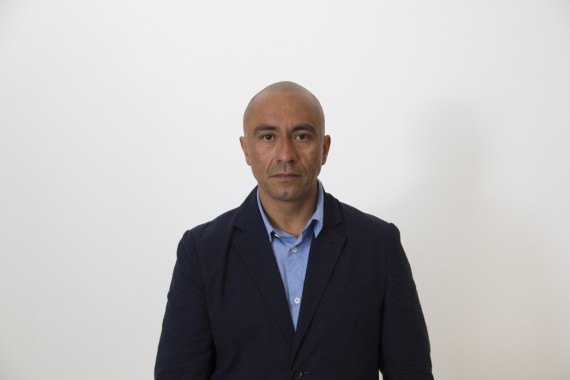 The Mexican artist Abraham Cruzvillegas has created the inaugural Hyundai Commission in Tate Modern’s Turbine Hall. The first in a new series of annual commissions, for Empty Lot Cruzvillegas has installed two stepped triangular platforms that extend across the space.

The platforms, which visitors will be able to explore underneath and view from above on the Turbine Hall bridge, feature 240 wooden planters filled with compost and over 23 tonnes of soil collected from parks and gardens across London.

Cruzvillegas describes his works as ‘Autoconstrucción’, an approach that has its roots in his early life in Mexico City where, along with other migrants, his parents moved in the 1960s. They constructed ad-hoc housing from discarded materials, building structures that would shift and change around the more solid foundations of a new community dealing with the crisis of Modernism in Latin America.

It is this sensibility that Cruzvillegas employs in his Autoconstrucción works. This method of ‘self-construction’ collects and classifies found materials and the experiences and skills of others, to build sculpture and develop a collaborative practice involving music production, performance and film.

In 2008 Cruzvillegas undertook a six-month residency at Cove Park in Argyll and Bute and exhibited Autoconstrucción: The Soundtrack at the CCA in Glasgow. (The work made for this exhibition was acquired by Tate Modern in 2010.)

Cruzvillegas has since exhibited widely, but the work he made in Scotland seven years ago underpins the Autoconstrucción approach and, amongst other methods including Autodestrucción and Autoconfusion, forms new questions for the artist within his biggest commission to date.

In September, Cruzvillegas was in Glasgow for an ‘in conversation’ event with CCA director Francis McKee, at which the artist talked widely about his work. After the event, he shared some more thoughts on his approach to art making.

How does your practice still hinge on the experiences of working at Cove Park and with Francis McKee at the CCA back in 2008?
It was a period of great development for my language and discourse. I got so much freedom and confidence from Francis, Alexia Holt [visual arts programme producer, Cove Park] and everybody supporting my ideas and proposals, that I think it was a great wedge allowing me to put more tools on my desk that have produced more possibilities and a wider panorama in general.

You have made three music albums through collaboration with musicians and friends in different places. How has music continued to be an interest in your work as you weave between different approaches to making?
I started working with musicians in Glasgow; we recorded an album with 18 different bands playing their music with my lyrics. Since then I haven’t stopped learning from every new context and have collaborated with diverse types of musicians making very different music. I always loved music but I was never disciplined enough to learn how to sing or to play an instrument. So I try to tell stories that can make me transparent politically in my lyrics, and sharing them transforms my practice into something that is beyond art – it’s fantastic.

You’ve described Autoconstrucción as the ‘construction of the self’, as well as an experience for learning that creates a portrait of the cities where you exhibit. This way of working comes from a deep personal interest in your family’s history, as well as the languages and histories of your culture. What makes this form of working so universal as well as intensely local when you create new work?
I intend to be microscopic in my individuality, so I don’t try to represent Mexico or any particular culture or group. I go to the path of using the subjective construction of the self, and this is not about ‘myself’ as a truth. In this way, it’s easier to share any version of reality in each new context or environment. It is more about experience and energy than about history or biography.

You’ve said the move your family made in the 1960s became a process of creating a society in which people built a way of being together, as well as houses to live in. Your work emulates this but also generates its own sense of community by collecting new material and experiences through the exhibition teams you work with, the musicians you record with or the students you publish with. What drives you to keep collecting people around you as well as vast amounts of material?
I feel I need togetherness; it is the main interest or goal of my practice and of my existence as a human. Solidarity and sharing makes all processes warmer and more enjoyable. The idea of a community is harder to understand and in recent years it’s been misused and arbitrarily applied to different groups. A community is something else, I believe, so you can’t just arrive anywhere else and ‘become’ part of a ‘community’. You are part of a community or not, it’s in you as part of your identity, it’s not a decision, it’s not a choice. I work with people, I share time, energy and learning with people and friends – that’s it.

You’ve talked of architecture and how interesting it is to see buildings get demolished, especially when using materials sourced directly from this process. The Turbine Hall is a vast piece of architecture, but how do you see it as a social space where sculpture can be made responsively?
I don’t feel especially attracted by architecture or by any particular building. The only architect I like is Juan O’Gorman who killed himself at home in the last house he inhabited, which was more similar to a cave than to a building. I believe the use we give to architecture defines it, not the design used to construct a building. I like when sometimes a building needs to be demolished in order to be more coherent with its time and space, but of course I wouldn’t destroy a building myself: I don’t hate architecture or architects. Turbine Hall is interesting because of its story and experience, and now because of the high visibility it has in an actual society: it is part of everyday life for many people, including tourists. For me it became a space for sharing my questions, a space for working, and I think it’s nice to know I can still work in this kind of space, in any space, I mean.

You say Empty Lot, your commission for the Turbine Hall, is a sculpture you are making with ‘hope’. I’d like to relate hope to the way in which you manipulate language in your writing practice; in the same way you give a poem or a trumpet a voice to tell a story with, are you giving hope a voice too?
I don’t give voice to things, as they have their own voices and we only need to listen, to pay attention, to hear their at times very discreet opinions and needs. Hope has a very loud and powerful voice. Listen to it: