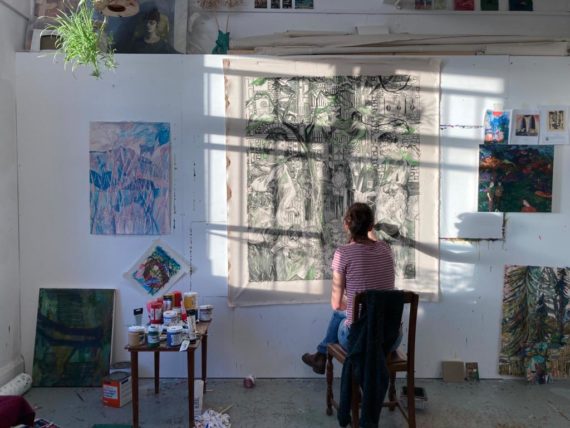 London-based Kathryn Maple was announced as winner of the £25,000 John Moores Painting Prize 2020 for her painting The Common during an online ceremony in March this year.

Described by Jury member Jennifer Higgie as an “immensely rich and resonant painting… that reflects a longing that we are all feeling to be outside in a beautiful landscape with our friends” the work features a group of figures pictured enjoying the peace and apparent tranquillity of an urban, verdant parkland. The Jury also commented on how the work, which was created pre-pandemic, can be seen to embody “the deeply social nature of humans”.

Here, Maple speaks to Andrew Thompson about what it means to win such a prestigious prize, the affect lockdown has had on her practice, and what it will be like when the artworld is once again able to fully open up. 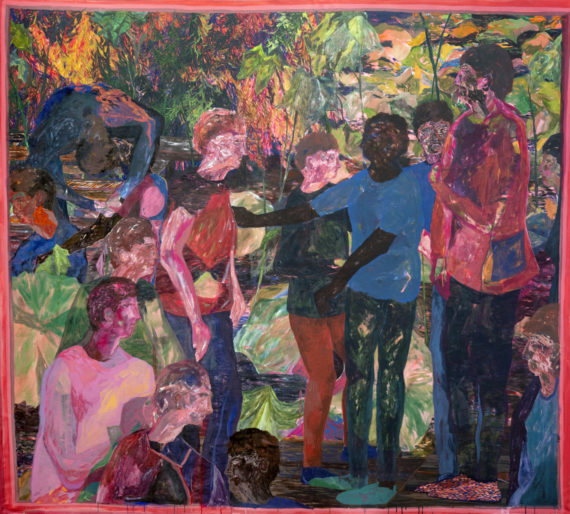 Congratulations on winning the John Moores Painting Prize. Has winning affected your practice at all?

Thank you. Obviously these are not particularly celebratory times but it’s felt so incredible. It’s also felt a bit strange as it’s such a huge prize, and even just to have the painting in the Walker Art Gallery collection alone – that would have been enough! As for my practice changing, no not at all. I guess if anything it’s almost like a bit of a green light to just carry on.

I’m lucky that I’m quite a positive person. There’s always prizes you enter and don’t get into, or shows that you don’t even get past the first stage. I just carry on with making my work. Hopefully winning the John Moores Painting Prize will open some opportunities, to meet other people or to travel and get to know other cities. And maybe there’s the potential for some shows on the horizon, when I’ve got the work ready.

The Common was painted before the UK entered its first lockdown. Did the pandemic effect how the work was received?

It’s bizarre how the mood surfaces later with that kind of feeling. It was really interesting to hear the comments that I received from the panel. The painting definitely has that sort of rush of people finding their place again in the world, finding their feet again. There is a sort of buzz and energy building amongst them.

Do you feel that your work evokes a nostalgic response from viewers after all we’ve been through collectively?

Gosh, yes. When you see a painting of a busy space, like a bar or park, it almost feels like it could never have happened, or that it was from 10 years ago. To be in that environment again will feel very uncertain. That elbow to elbow-ness is going to feel very strange. 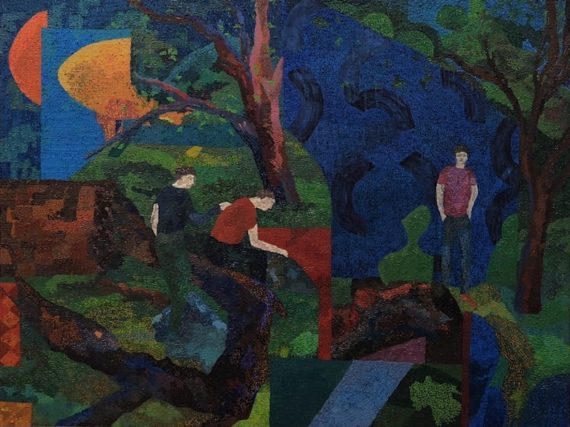 Your work has been said to embody “the deeply social nature of humans”. Is that social side something you miss?

I’m quite a sociable person, but as an artist you’re often in a ‘semi-lockdown’ state in terms of spending a lot time in your studio on your own in some sort of isolation. Obviously, I’m missing all the exhibitions and seeing people and opportunities like studio visits and things like that. But I do worry about how long it will take for people to get back to a good level of health, and that sort of sense of a community again. To rebuild all the groups and friendships that you haven’t been able to have the usual time with.

I even miss the mundane things, like everyday conversations asking people how they are. Everyone has been ‘grinning and bearing’ it for so long, thinking positively even though there has been no sort of timeline. I miss those everyday dialogues, and seeing those face-to-face reactions. Through the mask you’re not getting that sort of same character, are you?

During lockdown, how did you find inspiration to keep working?

Walking around during the first lockdown, it sometimes felt like you were on a film set and nobody else had bothered to turn up. Whilst it was eerie, visually, in terms of my paintings, I started to notice these incredible sights of single figures stood in quite open spaces. It was as if you were caught in a timeless state. I think that is what I capture in my paintings, when you are in your own world, and you’re not really aware of anyone else, but you are just moving through that space.

Do you have any advice for other creatives who have found it hard to remain productive over the last year?

Have a routine, but remember how important it is to break it now and again and do something different. Take up opportunities that you had always thought about doing and grab anything that comes to you, particularly if you think there is something you can learn from in the experience.

I’ve also been listening to loads of podcasts of different creatives in conversation with one another. You can just get so caught up within the painting world, but then there’s just so many crossovers like painting and gardening. 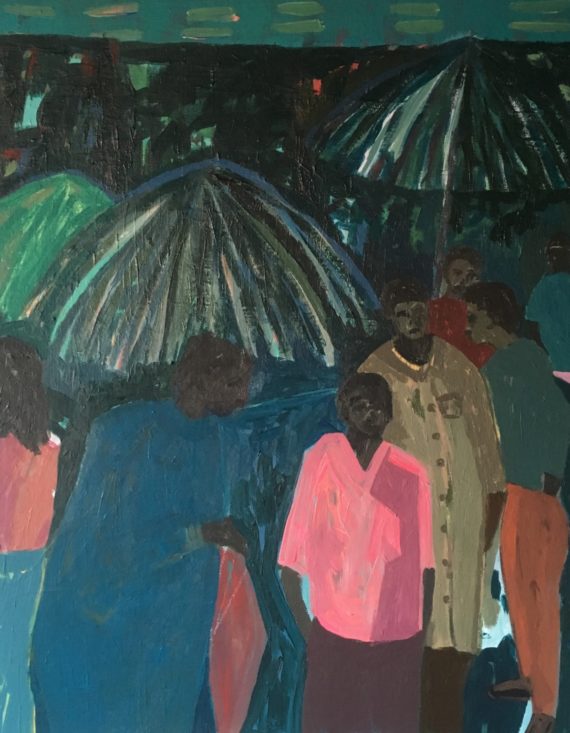 As part of the prize, Walker Art Gallery will also host a solo exhibition of your work next year. How do you think people will feel about returning to physical art spaces again?

I feel like people will want to make up for lost time. The idea of a pre-determined single-direction route through a show is something I could imagine working quite well at Walker Art Gallery for instance. I hope it will mean that people spend longer in front of each piece of work, and really take them in. Hopefully, slowing down, not having to rush, just having that one thing to do today, we’re really going to take our time over each piece of work.

Everyone has had all this time of looking at the things they know around their domestic spaces, so seeing artworks in the flesh, in galleries, will hopefully bring a new appreciation for them. Although we’re seeing so much on our screens, and virtual shows like the John Moores Painting Prize have been created in the best possible way, everyone has that need now of just wanting to see the surface of something. I guess with any form or art that sort of ‘on site-ness’ is so important, of wanting to walk around it, of not wanting to just be a spectator, but to be part of the art in the space.

That immersive feeling, when you’re looking at art, is almost like watching a great film where you’re in the moment. Everything else seems to become isolated, so that it’s really just you and the ‘thing’. It becomes this amazing kind of energy, and in a way, you somehow inhabit it. 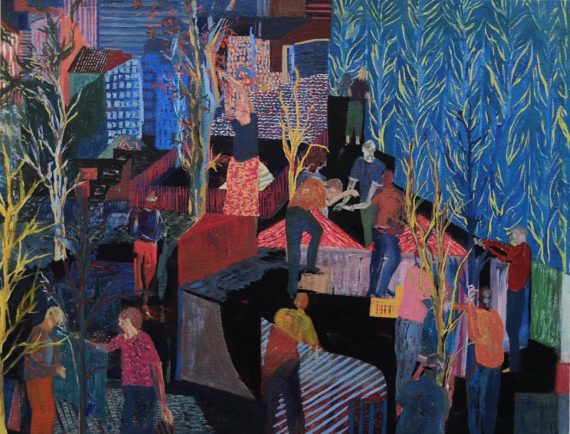 The John Moores Painting Prize 2020 exhibition can be viewed online via a virtual tour. The exhibition at Walker Art Gallery, Liverpool, will open when restrictions allow. www.liverpoolmuseums.org.uk/jmpp/john-moores-painting-prize

Interview by Andrew Thompson. Andrew undertook a placement with a-n as part of his MA in Creative and Cultural Industries Management at Northumbria University, Newcastle upon Tyne, January – March 2021.