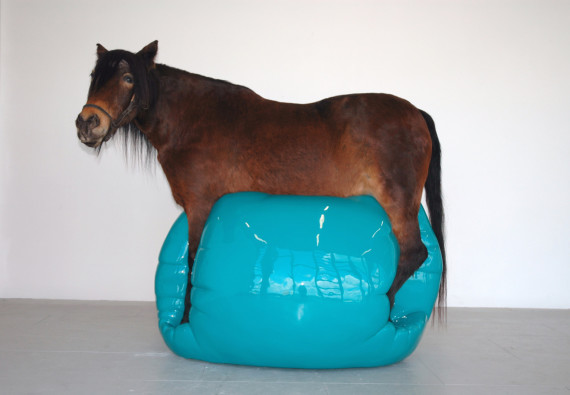 The Saatchi Gallery is 30 years old and is marking the occasion with the show Champagne Life, featuring 14 women artists – the gallery’s first all-female exhibition.

Intended to go some way towards acknowledging and redressing the imbalance between exhibition opportunities for men and women, the exhibition does not claim to provide an overview of the type of work that women artists are making, or to overtly comment on the position of women artists. Inevitably, though, it invites this type of reflection.

Among the selected artists is Iranian-born, Cambridge-based Soheila Sokhanvari, who graduated with an MFA from Goldsmiths College in 2011. Since then, her work has been gaining an international profile, being shown at TECTONIC, The Moving Museum, Dubai (2013) and selected for Young Gods, Charlie Smith Gallery (2011). She was one of the UK graduates shortlisted for the Catlin Art Prize in 2012 and has been exhibited as one of the top seven new art graduates for EXTRACT at GL Strand, Copenhagen (2011). 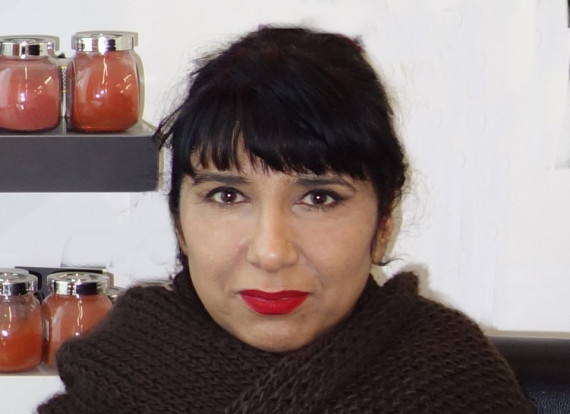 2016 begins with a busy schedule, with her work also at the London Art Fair (20-24 January), the second Culture of Peace Biennale in Tehran and Istanbul (May-June); and in the Jerwood Drawing Prize (Cheltenham Art Gallery until 31 January and touring until 25 June).

She is currently working on a project that explores portraits and personal data. “It will result in the world’s largest exhibition of passports!” says Sokhanvari. “Ideally, afterwards I want to donate the collection to the National Portrait Gallery.”

How did your involvement with the Champagne Life exhibition come about?
I was contacted by the Saatchi Gallery in March 2015 to say they wanted to include me; the work I’ve put in the show, Moje Sabz (2011) is already owned by Charles Saatchi, which he purchased from another collector. I always saw this exhibition as a celebration of women artists and it is absolutely fantastic to be part of it. It’s quite a strong show; if you didn’t know it was an all-female show, you would not necessarily think the work is made by women. Most of the artists in the show are not making work about feminism, they are just making art. I think the point is to say that women are making genderless work. They are making work that is ambitious and not defined by their gender. 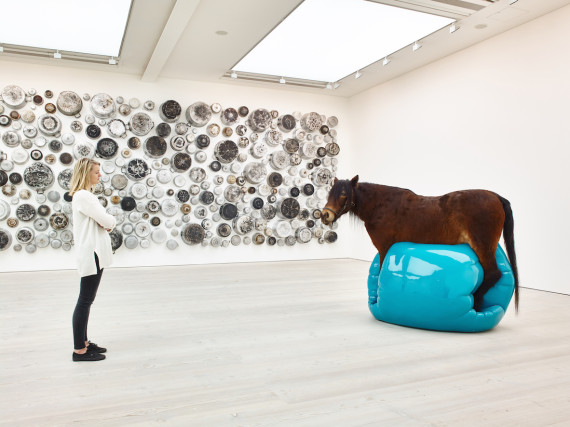 Your work in Champagne Life features a taxidermied horse embedded in a fibreglass ‘blob’. What’s the thinking behind the piece?
I’m interested in the concept of magic realism and the horse has a complex symbolism in Western art history. It appears representing power and speed and glamour,  representing the power of the state. Horses were the animal taken to war, the animal that enabled Empire. There are many depictions of generals and kings on horses. But there is also an association with the working class. There is a duality in the symbolism. Because it is such a complex symbol, viewers will bring their own understanding to the work, and maybe recognise that the meaning can’t be pinned down. The blue structure underneath represents the horse that is stuck in some object. but it looks soft, so it could be something else, like a space hopper, so the horse could be hopping, not stuck. The literal translation of the title, Moje Sabz, is ‘the Green Movement’, which is the title of the 2009 Iranian uprising. The work refers to this specific history, but it doesn’t make a definitive comment on it or subsequent events.

What is your analysis of the position of women artists in the art world?
There’s still a male-dominated art world, and across the globe they are coming from the concept of art made by ‘the master’, which is a male practitioner, and this determines the price value and its value in art history. But I genuinely believe that is changing, that quite a lot of the rhetoric around feminist art is being addressed right now. I would definitely not be happy if people looked at my art through the lens of my gender. But making art about feminism is valid as well – all these positions co-exist and are accepted. The language around a woman’s art can ghettoise her. But there are an awful lot of artists, like Sonia Delaunay, Agnes Martin, Phyllida Barlow, who are now being exhibited in the mainstream. 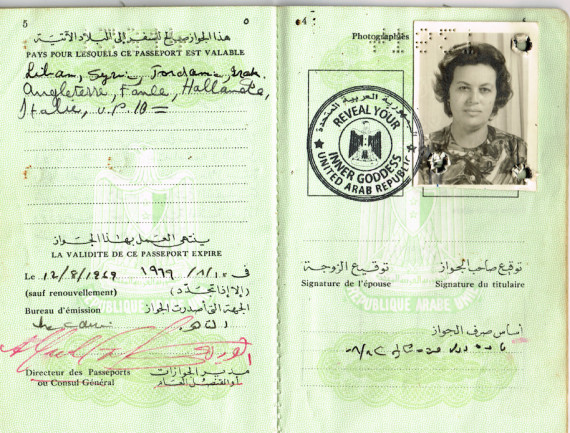 What is your experience of attitudes as a woman artist?
No-one goes up to a man and says, “Do you see yourself as a male Belgian artist?” But they do say that to me: “Do you see yourself as a female Iranian artist?” The art world reflects general society, and the issues of female domesticity and work still trip women up. You have to do positional somersaults, you have to fight against being pigeonholed. It’s almost like a skin you are given and you can’t shed this skin. When I exhibited my ‘horse sculpture’ at Goldsmiths for my MFA, people thought the artist was male, and they congratulated my husband on the work… I think it suggests that people still question women about their capability and ambition as artists.

You’ve had quite an unusual background. How do you describe yourself and your practise?
I started as a research scientist, getting my first degree in biochemistry at Cambridge University. Then I decided that I wanted to follow my ambition and so I entered art school in 2001 studying art history and fine art, eventually getting an MFA from Goldsmiths in 2011. One half of me is a scientist and the other is an artist. I like the idea of trying to bridge the gap between art and science; I see myself as an artist-alchemist. I think alchemists understood the chemistry of converting one thing into something else. My science background gives me knowledge of the deeper properties of the elements I use. As an artist I understand the materiality of the elements I am working with. I’m a cultural hybrid of both East and West. You become an outsider-insider, but you don’t belong here and you no longer belong there. That gives you a third eye and that allows you to see the paradoxes and contradictions of both cultures. 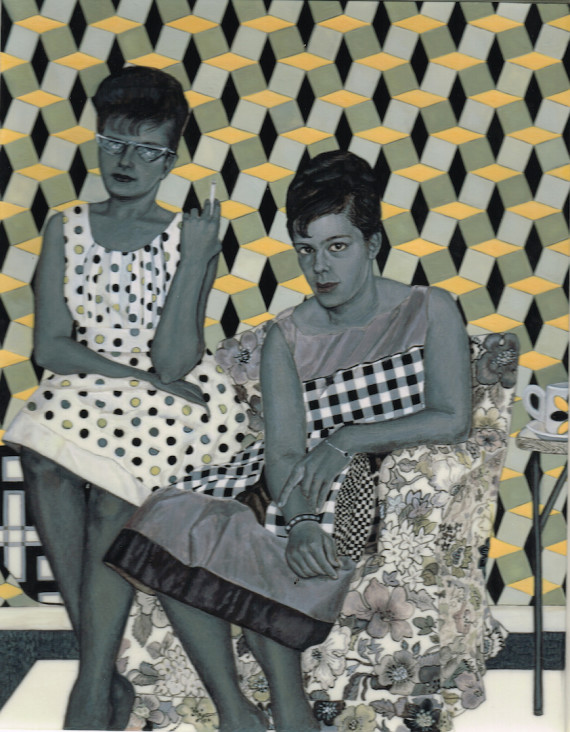 What artists have influenced you?
My work is rooted in the concept of collective trauma. I deal with that through the story of the individual. The models for my portraits (pictured above) are my family, taken from my family album. I have many influences. Matisse is one because he embodies somebody who was playful. Joan Mitchell, purely because she was very determined, very focused, and a fantastic painter. I really admire Phyllida Barlow and Marlene Dumas; they’re not inspirational in terms of how my work appears, but inspirational in terms of how I think about my art – critically, aesthetically, conceptually. Art has to have all those legs to stand on.

If you have an old passport you want to donate to the Sokhanvari’s project, please contact [email protected]

Women and contemporary art: why gender inequality is still an issue