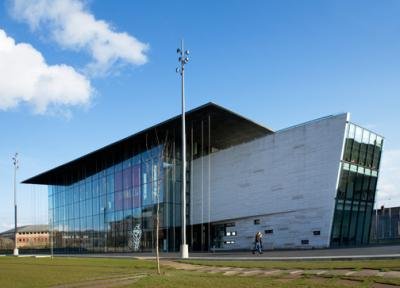 The Catalyst fund offers organisations the opportunity to move their fundraising and development expertise on to the next level, whatever their current starting point. Through all strands of the Catalyst initiative, the Arts Council’s stated aim is to support creative and innovative activity that will test a range of fundraising approaches.

Awards in the ‘capacity building and match funding’ category made in 2012 ranged from £120,000-£240,000 per organisation. Twenty per cent of the visual arts share will be spent in London through flagship organisations including Camden Arts Centre, Institute of Contemporary Arts, South London Gallery and The Artangel Trust.

Awards have also gone to the Chisenhale Gallery with Showroom and Studio Voltaire partnership, and the international, practice-driven Triangle Arts Trust. The North East share was 17 per cent, with awards going to big-hitting galleries Baltic, Mima and the National Glass Centre as well as Vane and Northern Print.

In Yorkshire, which received 14 per cent of the pot, studio organisation East Street Arts will benefit as will Project Space Leeds, also a successful recipient of ACE’s recently-announced small-scale capital grants, alongside The Hepworth and Yorkshire Sculpture Park. Within grants to a portfolio of North West NPOs, Manchester-based The International 3 received £120,000.

Evaluation by Arts Quarter in December revealed that over half the funded organisations were not confident they would meet their fundraising targets, with private giving expectations providing the most concern. This and other economic impact research suggests a concern that there is a ‘fundraising bottleneck’, with too many fund seekers chasing too few fund givers. Evaluation suggests, however, that the scheme is valuably ‘putting in place some fundraising building blocks that will enable arts organisations to move forward.’

The final round of Catalyst funding – aimed at supporting capacity buildings within consortia of arts organisations – closed in January.