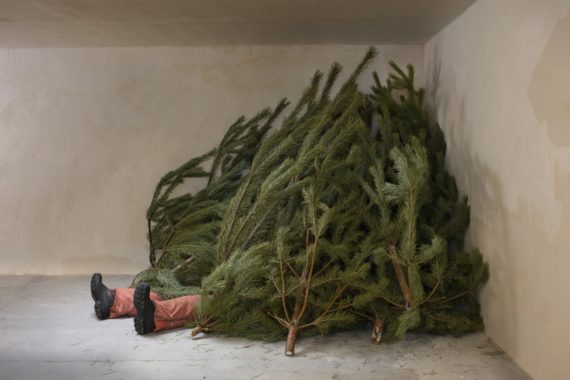 Arseniy Neskhodimov has been announced as the overall winner of the Wellcome Photography Prize 2020, with his series of five images entitled Prozac. He is will receive £15,000, plus an additional £1,250 for being the winner of the Mental Health series category.

Returning for its second year, the prize helps combat health taboos, bringing complex health issues to life and showing how health affects society. The 2020 prize has a particular focus on mental health, an issue that has become even more urgent due to COVID-19, with the prize aiming to challenge preconceptions and stereotypes. It aims to provide a more authentic look at peoples’ experiences of mental health.

Moscow based photographer Neskhodimov was born in Samarkand, Uzbekistan and his work Prozac explores his experience with depression, which he has been prone to since the age of 20. His work often touches on issues of disillusionment and the sense of alienation felt by the generation born in early 1980s. This micro-generation, sometimes referred to as Xennials, are described as having had an analogue childhood followed by a digital adulthood.

Neskhodimov comments: “My self-portrait stories are a kind of therapy that help me fight off the attacks of despair and loss of meaning, especially in this difficult pandemic time. I’ve been trapped at home out of a job for three months and the only thing that brings some sense into my life is to keep taking pictures.”

His work has been exhibited internationally and he has been recognised by numerous awards, including this year’s Aesthetica Art Prize and the Annual Photo Awards.

Neskhodimov was selected by a panel of judges from across photography, medicine, media and science.

Miranda Wolpert, Head of Mental Health Priority Area at Wellcome, said: “This incredibly powerful series highlights the complexity of both emotions and coping mechanisms underpinning each person’s journey with their mental health. Neskhodimov’s visually arresting series manages to convey both the ongoing pain he experiences and the strategies to cope – including humour and creativity. More nuanced representations of individual’s experience of mental ill-health and their varied ways of coping help start conversations about what can help and hold back different individuals.

“Only by considering the interplay between individual context and proffered solutions can scientists discover the next generation of treatments and approaches that will enable fewer people to be held back in life by mental health problems.” 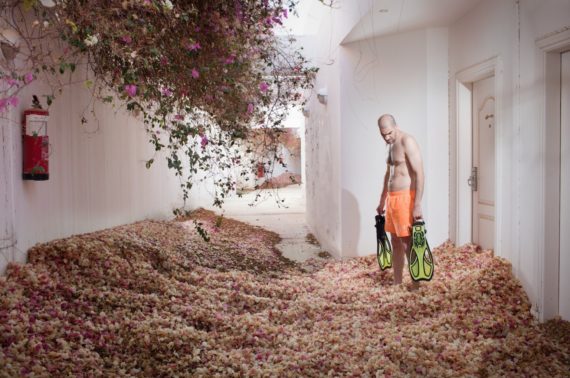 In addition, the judges also chose winners from four other categories from a shortlist of 44 photos taken by 25 professional, amateur and student photographers from 13 countries.

The other category winners, who each receive £1,250, are: Cards by Marijn Fidder, from Gieten, the Netherlands, has won the Social Perspectives category. The Dutch photographer’s image features 11-year old Sanne, who has a brain tumour, at home in her bedroom.

Nigeria based Jenevieve Aken has won the Hidden Worlds category for Monankim, a picture of a teenage girl from the Bakor community in a healing room following her circumcision. Meanwhile, South Sudan based Julia Gunther and Sophia Mohammed, Light for the World, have won the Medicine in Focus category for Hadia. The work shows community rehabilitation expert Mohammed demonstrating a treatment to the mother of fourmonth-old Hadia, who was born with spina bifida, hydrocephalus (fluid in the brain) and club foot.

Finally, Manchester based Benji Reid has won the Mental Health – single image category for Holding on to Daddy. The British Choreo-Photolist’s photograph is a ‘love note’ to his daughter. It shows him as a ‘broken astronaut’ tethered to her, and the simple, comforting fact of her presence keeps him in the real world.