Art and architecture: the Smithsons – their legacy and ideas explored - a-n The Artists Information Company 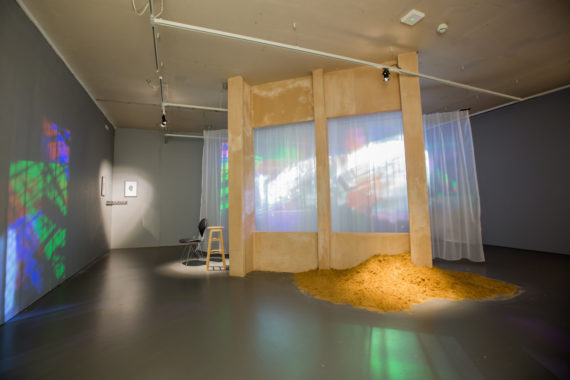 With the demolition of their most well-known and – for now at least – most visible building well underway, the work and legacy of Robin Hood Gardens’ architects Alison and Peter Smithson continues to attract debate and discussion. Post-Grenfell, as the neoliberal consensus teeters and a developer-driven approach to housing looks increasingly problematic, the ideas and approach of this architectural couple are gaining new traction.

Not surprisingly, perhaps, given the art circles they mixed in – for example, with Nigel Henderson and Eduardo Paolozzi, the Smithsons presented the 1953 exhibition ‘Parallel of Life and Art’ at the ICA, London – the pair carry a particular fascination for artists. For London-based Australian Simon Terrill, whose Brutalist Playground project in collaboration with Assemble toured the UK in 2016-17, it’s an interest informed both by the imposing brutalism of Robin Hood Gardens (RHG) and the compelling eccentricity of the Smithsons.

Arriving in the UK eight years ago in Poplar, east London, Terrill couldn’t really miss RHG’s looming presence – “It was just there, their work was just around,” he says. But for his new collaborative installation with Assemble in the current group exhibition ‘Parallel (of Life and) Architecture’ at The Edge in Bath, it was the Smithsons’ characters rather than their buildings that provided the key inspiration.

In particular, The Ostrich and the Kipper (which takes its title from the pair’s strangely evocative descriptions of RHG), owes a debt to the 1970 BBC documentary, The Smithsons on Housing. It’s a rather austere film that at times feels like it’s been beamed from another planet as well as another time. Yet it also provides a fascinating insight into the Smithsons’ thinking during a period when concepts such as ‘streets in the sky’ and large-scale multi-storey council estates were already beginning their fall from grace.

“You learn so many things about them as characters in the film, such as through their costume changes between scenes,” says Terrill. “And there’s a strange tension between what seems like a self-conscious eccentricity and a very serious project in their work. It’s that line of tension running through – you could call it a fault line – that we’re looking at.”

Terrill is keen to stress that while the Smithsons’ commentary on their own work can seem “very eccentric and alienating”, the thoughtful seriousness of their intent is never in doubt. As such, he describes the resulting installation as “not in any regard a criticism as such, it’s much more a homage, it’s kind of enjoying that tension”.

A sense of tension can also be found in the competing narratives that surround the Smithsons’ work, and in a more broader sense the diverging views on the architecture and planning of post-war social housing in the UK. That the Smithsons’ ideas are being reappraised and revitalised just as Robin Hood Gardens is being bulldozed to make way for high-density and predominantly private housing highlights even greater idealogical differences – the fault lines in mainstream thinking on social housing are beginning to look more like gaping holes.

While the Terrill/Assemble installation – which is exhibited alongside collaborations by The Decorators and GOIG, and Warren & Mosley – doesn’t tackle head on this battle of ideas, a symposium to mark the end of the exhibition hopes to provide a ‘counterpoint’ to the demise of RHG. ‘Alison and Peter Smithson: Ideas, Impact, Architecture’ will include contributions from Terrill and Assemble, as well M Christine Boyer (Professor of Urbanism, Princeton and author of Not Quite Architecture: Writing Around Alison and Peter Smithson), architect Simon Smithson (the Smithsons’ son), and others.

For Terrill, it is the ideas that informed the Smithsons’ approach to their architecture, rather than their disappearing buildings, that makes them still relevant today. “Ultimately, brutalism has become more of a symbol of the ambition behind it – this idea that as a society we can build well for mass housing,” he says.

“Those ideas don’t really exist in a developer-driven environment, whereas they [the Smithsons’] were driven by these ideas of improvement. That’s the most interesting thing of looking at brutalism – it’s more for what it represents in wider terms, rather than the aesthetic of it.”

‘Parallel (of Life and) Architecture’ continues at The Edge, University of Bath until 4 November 2017. The Symposium, Alison and Peter Smithson: Ideas, Impact, Architecture, is on 4 November, 10:30am–5pm. www.edgearts.org 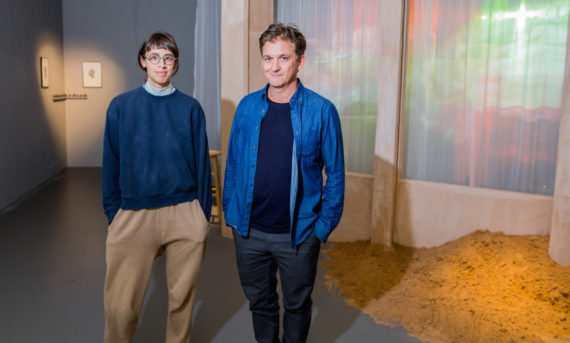