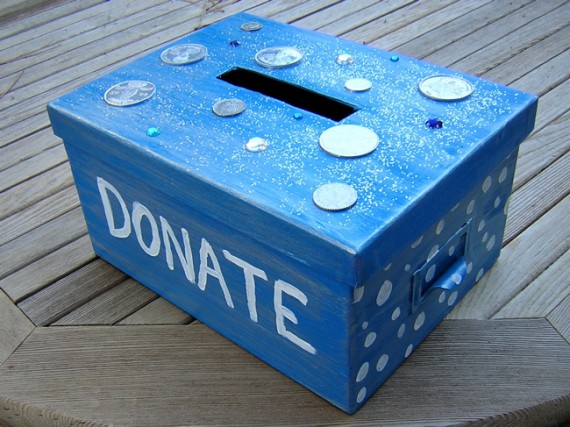 What is ‘Artist-led philanthropy’? A recent event in Leeds organised by Arts Fundraising and Philanthropy, aimed at arts managers and fundraisers, outlined two models of philanthropic fundraising that place artists at the centre of income generation.

In our era of relentless public funding cuts, where organisations must rapidly diversify their incomes, we’re likely to hear and see more of these emerging approaches. The trouble is, they are less ‘artist-led’ and more ‘artist-instrumentalised’ – and will remain so unless we, as artists, can muscle our way into the debate.

The first model involves encouraging established artists to think about their legacy in philanthropic terms. This is a growing trend in the U.S.A. where over 360 artist foundations have been established in the past two decades.

On a more day-to-day level, relevant to artists at all points in their careers, the second model of artist-led philanthropy asks the artists an organisation is working with to have a direct relationship with sponsors or potential sponsors. This might include schemes like ‘sponsor a dancer’ or artists meeting supporters at special events.

Inherent in both of these models are the broad problems associated with private sponsorship; do organisations accept money from anyone, regardless of ethics? Can a sponsor’s interests skew programming?

Particular to the second model, there is an expectation of direct interpersonal relationships with artists. Imagine a worst-case scenario where stipulations common to artist agreements over the last ten years – such as, ‘the artist will run a workshop or participation event’ – are replaced with: ‘the artist will have dinner with a rich person.’ It shifts the burden of responsibility for garnering support from the artists’ work to the individual artist themselves.

Of course, philanthropy is not just about courting the wealthy. Often organisations seek relationships with donors who can regularly give small amounts (for example via membership schemes). This is more akin to the crowdfunding that many artists are willing to engage with to support their own work.

When conceptualised in this way, a dinner with supporters might not sound so bad. Yet fundraising for yourself and fundraising for an organisation are very different propositions.

The unaddressed issue throughout speakers’ presentations was the unequal financial relationship between artists (usually freelancers) and organisations (usually paid staff). When an audience member queried whether artists’ position as the worst paid people in the sector needs addressing before they can be galvanised to support fundraising efforts, speakers largely skirted the question.

By suggesting that it is an artist’s responsibility to agree fair fees, or in stating that their organisation pays fairly, contributors ignored sector-wide problems that have been highlighted by a-n and AIR’s Paying Artists research.

It’s a depressing situation, but perhaps not without opportunity. If artists are to be instrumentalised as fundraisers can we use this position as leverage, to demand more transparency about organisations’ income and expenditure, and ultimately to demand fair pay?

Artist-led Philanthropy – are our artists key to ensuring that we make a step change in giving for the arts and culture? was held in Leeds on 19 August 2015. A recording will be available at artsfundraising.org.uk.

For more on the Paying Artists campaign visit www.payingartists.org.uk

Paying artists and changes for the worse – By Carolyn Black

Market values: “Nobody owes you a living just for being an artist” – By Steve Messam