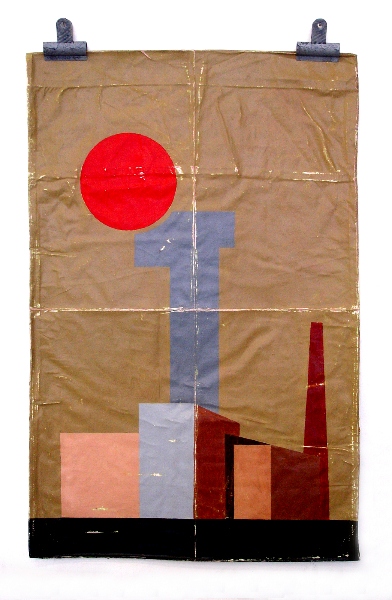 Forty-eight artists have been selected for the London Open 2015, the triennial exhibition that profiles both established and emerging artists living and working across the capital.

Included in the exhibition hosted by the Whitechapel Gallery, are works by multi-media artist (and fishmonger) Sam Curtis, who will create a fully functioning fish counter within the gallery, and Nelmarie Du Preez, who will present a video work of a robotic arm, programmed by the artist to repeatedly stab a knife between her spread fingers.

The father-daughter team of bricklayer Brian Watts and artist Demelza Watts plan to build a brick sculpture on-site, while Lothar Götz will exhibit one of his signature wall paintings.

Alongside artists who originate from across the UK, the selection includes practitioners from Canada, Egypt, Germany, Ireland, Italy, Japan, Peru, Romania, South Africa, Spain, Sweden, and USA who all now live and work in London. The open received a total of 2,133 applicants.

Art capital of the world

Speaking about the selection process, Herrmann said: “The London Open 2015 received the greatest number of applications in the history of the Whitechapel Gallery’s open submission exhibition.

“The entries were of exceptionally high quality – their level of execution, creativity and critical sense are testament to London’s status as the art capital of the world and we are delighted to present some of the most interesting artists working in the city today.”

The London Open continues the gallery’s tradition of hosting open submission exhibitions, which dates back to 1932 when the first East End Academy was held. Later, the Whitechapel Open became a launch pad for artists such as Anish Kapoor, Julian Opie, Cornelia Parker, Grayson Perry and Antony Gormley.

Since 2012, the Whitechapel Gallery has expanded the reach of the exhibition to artists from all across London.