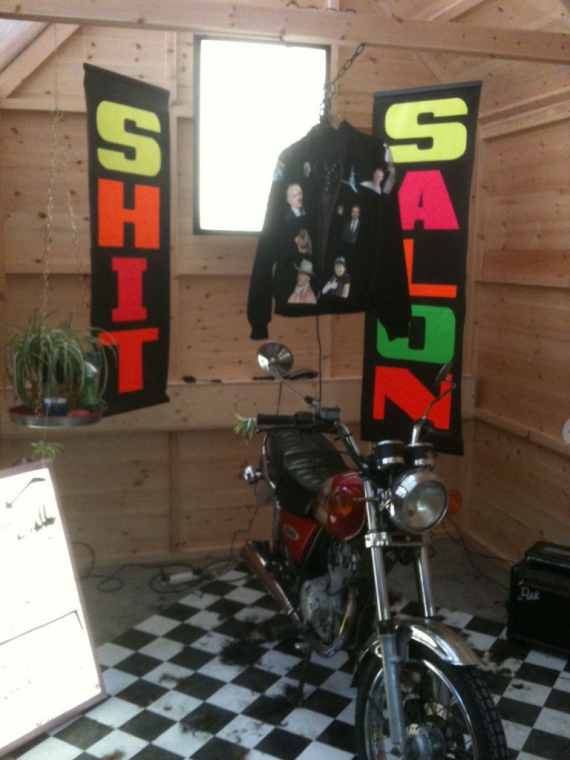 “What brought me here? I saw the signs outside and followed them,” says Rachael Howard. “I love it – it just feels young and lively, and there’s a bit of an edge to it.”

We’re at the inaugural, artist-run CAVE Art Fair in Liverpool. Howard, a textile artist from the Wirral who is exhibiting in the Independents strand of the Biennial, is thinking about buying something.

She’s here with her young daughter, and her eye has been drawn to the work of Sussex-based artist Ben Wheele. Not that she’s aware of his name just yet – CAVE’s organisers have decided not to have any labels. Instead, there’s a six-page list of artists and their work, presented in sections that reflect the exhibition’s lay out (‘Front space, left wall’, etc).

It’s an unusual approach for an art fair, but since it was first announced, CAVE has been billed as an artist-run fair with a difference. All the artists have no gallery representation, pay no fee for exhibiting and receive 100% of the sale price.

Howard thinks the no-labels approach is a good idea: “In this sort of setting I don’t think it matters, the pieces kind of stream into one another. I quite like that anonymity, because you can enjoy the work and then find out who did it, whether it was a woman or man who made it, that kind of thing.”

Melissa Jordan, who is showing her sculptural work at CAVE, agrees: “I don’t really like labels and I think most artists don’t. I like the idea of the label and the sale element being kept separate from the work, as it does influence people’s view on where the worth lies in a piece.”

Jordan is based in London and this is the first time her work has been in an art fair: “Normally I’d show in galleries and pop up spaces. The idea that the artist can take 100 per cent of the sale price is fantastic, but also to show with 44 of my contemporaries – it’s a one-off opportunity. Any way to meet more collectors is a good thing, and not being represented means that this can open up all sorts of possibilities.”

Newcastle-based painter Andrew Maughan finds the artist-focused approach particularly important: “It’s interesting that it’s artist led and all unrepresented artists. Artist-led spaces are really good places for finding out what’s actually going on – I think quite often a lot of art fairs can just be the same thing, the same artists each year. This is refreshing and it’s really good to be involved.”

When I visited on Saturday, four artists had so far sold work, while money had also changed hands for artist performances such as Sam Venables’ Shit Salon (£9.99 for bad haircut). But it’s not just about making a sale, as Maughan explains: “If I don’t sell my paintings then that’s fine because I don’t want to sell them for any less. I’ll just keep hold of them and show them somewhere else.

“For me, it’s been a really, really positive experience – even install was fun, despite being here until three in the morning. I’m only 25 and I’m still learning so it’s good to be around people like [CAVE organisers] Flis [Mitchell] and Kevin [Hunt]. It’s a learning experience.”