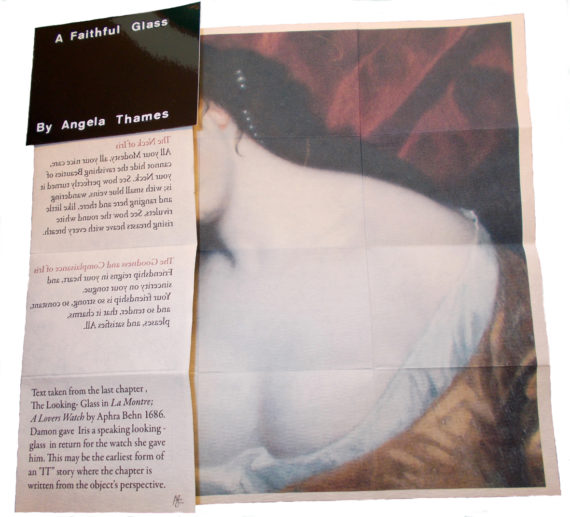 British artist Angela Thames has been artist-in-residence at Chawton House Library in Alton, Hampshire for the past year. Her residency culminates in an exhibition of books, bookmarks and prints made in response to the library’s collection, titled ‘‘It’ (is all about the) Books’.

The Library, housed in a manor that once belonged to Jane Austen’s brother, Edward, incorporates The Centre for the Study of Early Women’s Writing, 1600–1830. Thames’ imagery is often inspired by historical prose and interpretations of writings by, for example, Charles Darwin, so this was the perfect residency for her practice. 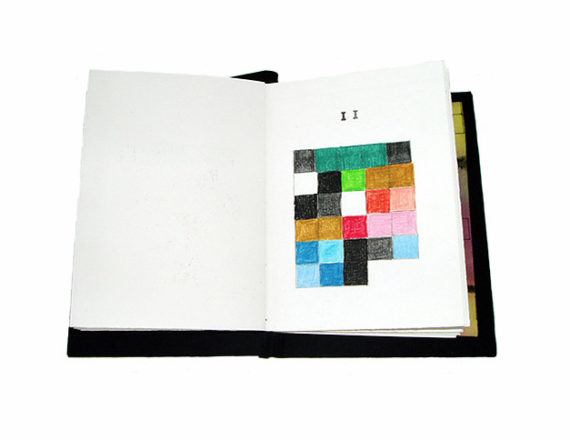 Her previous books include the unique The Colourful Life of Mr Pickwick, for which she hand-coloured 82 pages of colour grids in the chronological order their colour was mentioned in Charles Dickens’ novel The Pickwick Papers; and Silence, an edition of 12 books with hand-coloured etchings alongside excerpts from Scottish writer Nan Shepherd’s celebration of the Cairngorms, The Living Mountain.

Thames has spent the past year researching in the library’s rich collection of books and manuscripts, making new works inspired by writers including Mary Hearn, Ann Mary Hamilton and Helenus Scott, which will be unveiled at the exhibition’s opening.

In order to narrow down the huge resource of inspirations, she has concentrated on ‘It’ books, where the text has been written from an object’s perspective. A sneak preview includes the titles, The Rules of Love, A Faithful Glass and Pour La Montre, inspired by reading Aphra Behn’s La Montre (The lover’s watch, 1686). 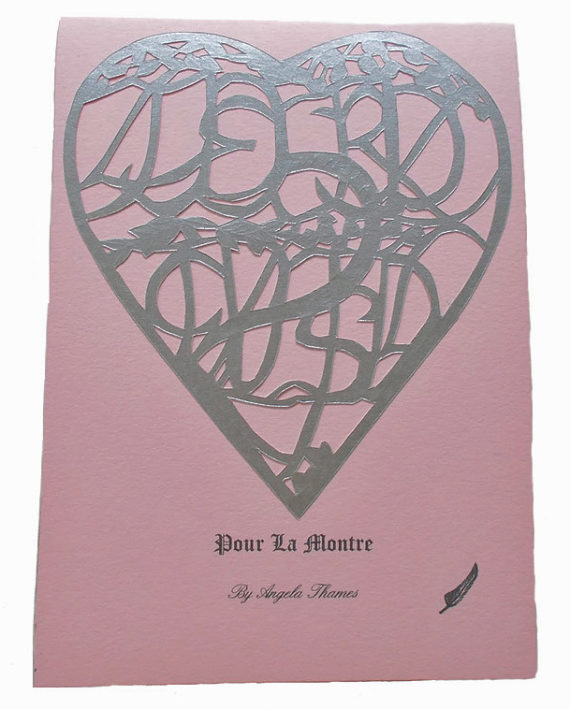 Thames explains the thinking behind Pour La Montre: “Iris has given her beloved Damon a beautiful watch engraved with The Rules of Love on the watch face, including the word ‘sigh’ every half hour.

“Damon would like a watchcase made for this gift, and there is a chapter dedicated to the description of the design he would like to purchase. This is my interpretation of that design and a facsimile of the letter is folded [inside the book] using origami techniques.” 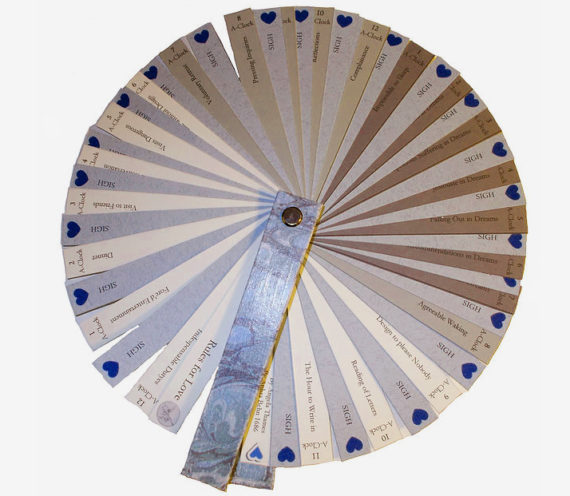 ‘‘It’ (is all about the) Books’ is at Chawton House Library from 28 September – 28 October 2016. The artist will be running a book making workshop at the library on 18 October. www.chawtonhouse.org

Use the Artists’ Books series tag for more from Sarah Bodman