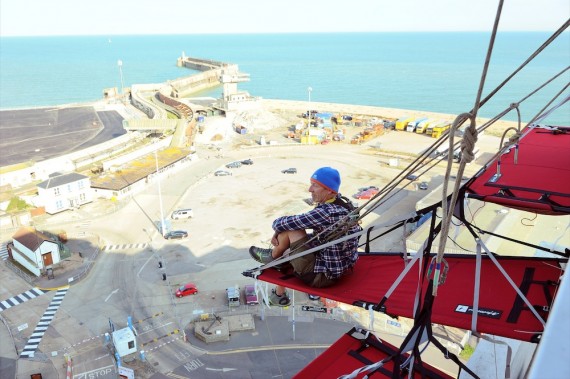 The artists Alex Hartley (above), Cornelia Parker, Gavin Turk, Olafur Eliasson and Tania Kovats are among more than 300 signatories to an open letter calling on negotiators at next week’s Paris climate summit to strike a deal to stop global warming.

The letter is addressed to the French foreign minister Laurent Fabius and UN climate change chief Christine Figueres. It was instigated by Julie’s Bicycle, a charity that advises the arts and creative industries on environmental sustainability.

The letter states: ‘We are deeply concerned that our global economic and industrial systems are accelerating rates of extinction, desertification and soil depletion, degrading ecosystems, acidifying and littering our rivers and oceans, and resulting in a relentless rise in greenhouse gas emissions driving irreversible climate change. In short, we are overwhelming the planet’s life-support systems.’

The Paris climate summit, which takes place from 30 November to 11 December, will be attended by nearly 150 world leaders, including Barack Obama, David Cameron and China’s Xi Jinping. The letter says the summit is an ‘historic opportunity’ to address the issue of dangerous levels of global warming.

The letter continues: ‘We will come together and intensify our efforts, but we need you to give us confidence in a sustainable future, to share our ambition, and recognize our capacity to strengthen your leadership. We Must, We Can, and together We Will act on climate change.’

Read the letter and full list of signatories here