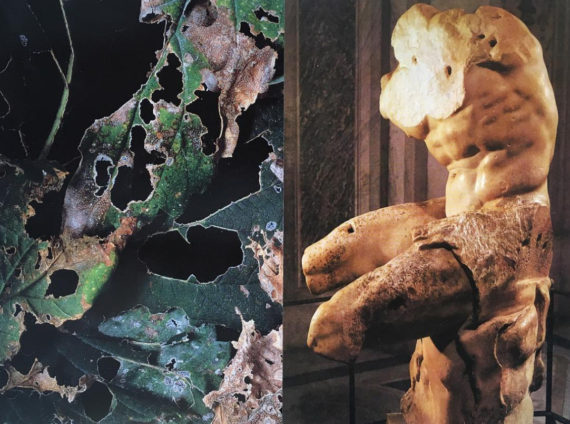 Nicky Hirst started using Instagram in May 2014. The notion of being able to post images without text appealed to her, and she quickly set herself rules: no chatting, no hashtags. Rules she soon broke.

Hirst’s work explores the serendipity of objects, places or words, to look closer at the possibilities and ambiguities of language. Instagram has become a platform to peer more closely at connections between found images, displayed in her @nickyhirst_elementalworks, and instances she finds and photographs in her everyday practice, posted on @nickyhirst63.

She says: “I use Instagram as a discipline. I always have my iPhone with me so always have a camera. If I think something is visually interesting I take a photo of it.”

Her use of the app has become like having a “diary or notebook” that informs daily preoccupations and reflections on older work.

She explains: “It’s just pointing at things, really. I am interested in the way an observation or image has some sort of authority once ‘published’. I ‘believe’ it.”

The artist inserts hashtags to collect material into projects, for example #nothere63, as well as #causeandeffect63, which maps how “when one thing (for instance rain or a water leak) effects another thing (say concrete)”.

#causeandeffect63 has become a way of looking at the beauty of unintentional consequences in everyday observations. The images show the effect of people, animals or nature altering the environment.

“In a photograph, certain actions can look quite dramatic, whilst in the street they could easily be overlooked. Creating your own hashtags is useful in grouping a set of very different but like-minded images.” 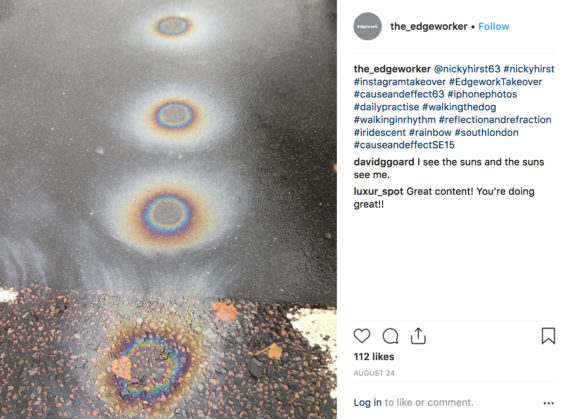 In August 2018 Hirst’s cause and effect images were grouped using a particular postcode area for a week-long Instagram takeover with @the_edgeworker.

Using the #EdgeworkTakeover hashtag, she selected a set of existing images to explore a particular place, while remaining open to “finding new cause and effect photos” during the time period.

The artist’s Elemental Works project, exhibited at DOMOBAAL in London during April and May 2018, sees the creation of diptychs from visually similar images found in magazines and books.

“The found images are my medium and once removed from their original context they become forms and colours to work with.”

Hirst describes each Elemental Work as “photographic pairings” that surprise and tell new narratives, with their “own internal logic such as similarity, difference, scale, poetry, chance and humour.”

@nickyhirst_elementalworks serves as an ongoing, chronological archive of the project. Each diptych was posted straight after being made, meaning the artist often posted in batches to create what is a visually striking yet disconcerting collection. The feed also acted as a place to experiment.

“I find it useful to look at the image of each pairing immediately on Instagram, to see if it works. Sometimes I take them down or swap the elements; seeing things in miniature on a screen can sometimes reveal more about balance and tone.” 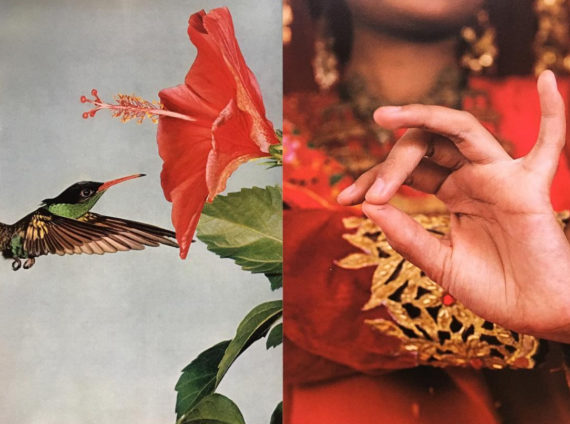 The commissions have involved her walking around each site or area “to see if anything reveals itself as significant”.

Instagram has proved useful for research as each project nears fabrication. The taking of photographs and posting them with hashtags – #isleofdogs63, #wpbc63, #ybwthynmacmillan – allows her to use her everyday feed “a bit like a sketchbook”.