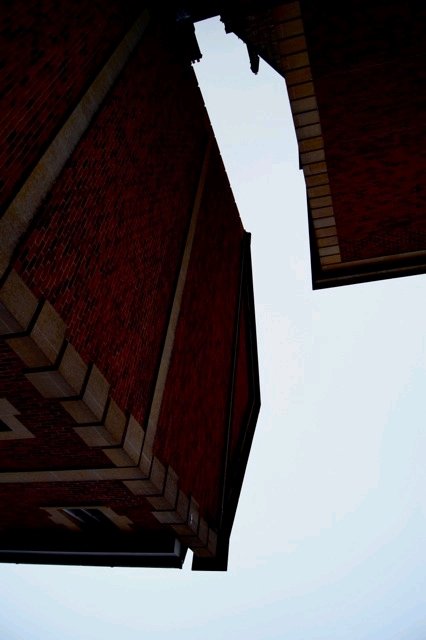 Tomorrow, Oxford will be the momentary site for a programme of artworks exploring the problematic divide between public and private in this most historic of cities.

Curated by Hungarian artist Katalin Hausel, the project invited artists to choose a private Oxford institution and attempt to gain access either physically or virtually to its buildings, its activities or its information. Artworks generated through this process of negotiated trespass will be exhibited across the city in a one-day event, before being shown in a gallery exhibition at Wolfson College this autumn.

Works range from a street intervention that honours Christopher Wren’s late-running sundial at Codrington Library, to a series of postcard texts derived from a 19th century correspondence on philology; the postcards will be dropped in a letter box near the site of James Murray’s Scriptorium and viewed in transit by Royal Mail staff. Each work is the outcome of a co-operation between an artist and a college, library or museum collection usually closed to outsiders.

As a foreigner coming into the city, Hausel was able to see clearly the disconnect between Oxford’s academic and non-academic communities.

“People have little or no access to places outside their own circle,” she explains. “I thought that in this strange place, the role of an artist is to find ways to connect the different spheres of life in the city.”

The institutions reacted variously to the artists’ approaches: “Some were very enthusiastic to open up this musty, ideological exclusivity to allow new ideas in; and some places did nothing, kind of passively resisted anything to happen.”

But despite setbacks, most artists found ways to realise their projects. “Artists have a natural curiosity to go where they are not supposed to and are creative enough to come up with ingenious ways to transgress boundaries without outright breaking the rules,” says Hausel.

“Rather than a stern political statement, this is a playful, tongue-in-cheek project. Artists can be critical simply by showing alternative ways of operating than the established ones.”