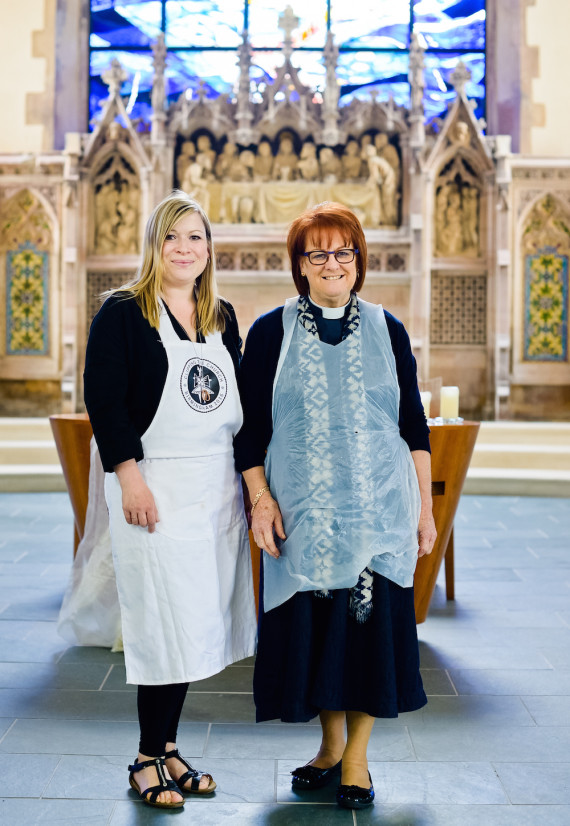 Tereza Buskova’s practice reinterprets local customs and folkloric rituals through performance, film and photography. Many of the idiosyncratic customs that fascinate her still take place in parts of her native Czech Republic, though she admits to inventing her own too.

Clipping the Church is a continuation of this earlier work. “The project is inspired by a strange photograph I found in an old library book showing a circle of people with their hands clasped around a church,” explains the now Birmingham-based artist. “It really struck me visually but when I spoke to people about it, no one had heard of ‘clipping’.”

Buskova is bringing this forgotten English custom to the streets of Erdington, a somewhat economically disadvantaged ward in the north east of Birmingham. Taking place on Erdington High Street and ending at St Barnabas Church, Clipping the Church will see Simon leading a grand procession of people, with live cello music, elaborate costume and a structure composed of baked goods. 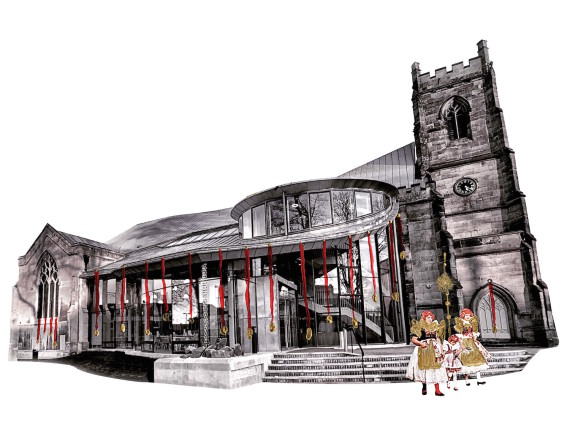 The custom of ‘clipping’ has all but died out in England. It is an event of confused origin, having roots in both paganism and the ancient Roman festival Lupercalia. Ostensibly a ceremony to bless a church, school, village or field and bring it prosperity, it involves a circle of clasped hands enclosed around a place; it was once associated with Mothering Sunday, a time when people would return home to their ‘mother’ church. Clipping is, then, a gesture of community, family, thanksgiving, protection and celebration.

These are significant themes for St Barnabas Church, chosen by Buskova for its history as well as its geographical and social positioning. The building was very badly damaged by a suspected arson attack in 2007, an event that impacted upon the lives of many people in Erdington.

The church is now a glass-fronted, welcoming and thriving hub that seems to be very much at the centre of community life. St Barnabas’ parish priest, Reverend Freda Evans, is keen for the church to work with artists because, as she says, “It’s an area of the city where nice things don’t generally happen”. 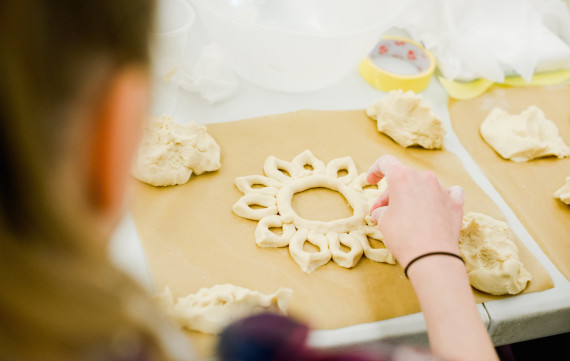 The clipping ceremony will coincide with the Feast Day of St Barnabas, a saint noted for his role in encouraging others. The project’s generous ethos strikes a chord with the church. “It has the capacity to be very beautiful as well as relational. It’s a way of linking people together through their creativity and through their hands, and a way to grow our community,” explains Evans. “Traditions engage people,” she continues. “I don’t think we have enough of them today and they are important.”

Buskova’s work has, however, been criticised for its sampling and mixing of tradition and symbolism, by those who feel that these should remain sacred. But so much of what is considered ‘traditional’ is, of course, hybridised and evolving, and Buskova feels strongly that traditions should be living, breathing things. “Locking traditions away in museum cabinets will not preserve them nor help them be passed on,” she earnestly explains.

The sharing and legacy of skills, and of collaboration runs throughout the wider project. Buskova baked with her grandmother and mother, and now bakes with her own two small children. She notes that in parts of Germany and the Czech Republic, ornate decorations made from bread and pastry are still displayed in homes and streets at significant times of the year and are given out on special occasions. A small fried, sugared pastry known as a ‘celestial crust’ that will feature in the clipping, for example, is still often given to young mothers for nourishment.

Community engagement has informed much of the preparatory work for the performance. A series of salt-dough decoration workshops around Birmingham, including at St Barnabas, have been attended by participants ranging from primary and secondary school pupils, to retirees and local councillors. The results of these closed group and public workshops will be displayed around the church during the day of the clipping, adorning the space with dough threaded on bright red ribbons. Afterwards, the decorations will be distributed among the community. 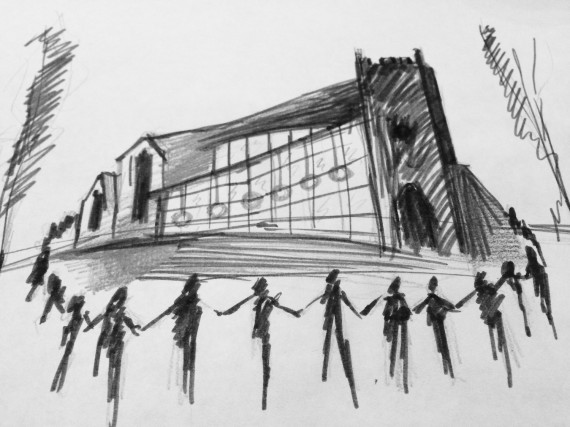 The artist is keen that the project takes place in a community setting and on peoples’ doorsteps, rather than being oriented around the city centre like so much socially and publicly engaged work. “This will be a big celebration of people from all ages and cultural backgrounds,” she explains, an idea that gains further relevance and resonance within the context of the upcoming EU referendum, less than two weeks later.

Clipping the Church is a project with the possibility of impact, indeed Buskova has described it as a gift and an offer to the city of Birmingham. “It’s such a simple act to hold hands with a stranger,” she says, “but it’s very powerful and I hope to bring a little unexpected joy into peoples’ lives. I’d love for ‘clipping’ to be an annual tradition in Erdington.”