Bermondsey Artists' Group: "It's about being open to possibility" - a-n The Artists Information Company 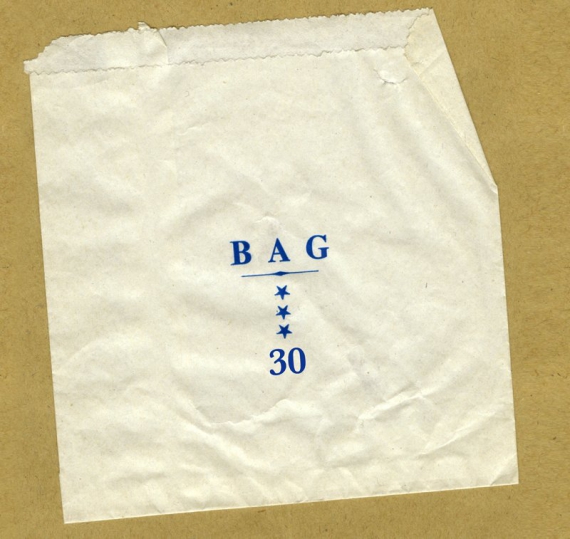 The Bermondsey Artists’ Group (BAG) was founded in 1983 around a pub table in south London. Three decades on, its mission statement Access to Art for All resonates as strongly as ever. The group continues to provide a voice for artists living and working in Southwark, supporting new, risk-taking and experimental work with a focus on community engagement, inclusivity and learning.

Paper Bag, which opens at the group’s purpose-built space this evening Friday 5 April, is an exhibition of works on paper by thirty members of BAG. It celebrates this milestone year and seeks to show just how far the group has come in the past thirty years.

“The early 1980s were grim times for Britain,” recalls DS Allen, one of the group’s founder members. “Artists congregated in Bermondsey and the nearby Butler’s Wharf because property was affordable – though that’s difficult to imagine now. The council would allow artists to move in to bombed-out and derelict buildings they wouldn’t rent to other tenants – presumably because artists had the know-how to make the spaces liveable.”

Allen describes the “generational spirit” of the time as cooperative, anti-elitist and anti-establishment. The group were looking for exhibition platforms that were open and accessible, they wanted to encourage local interest in their work, and to break down the “fortress mentality” they perceived in the commercial and mainstream gallery systems. When BAG managed to secure and refurbish a derelict café in Southwark Park, Café Gallery Projects (CGP London) was born. And soon afterwards, the group’s annual Open Exhibition, with its ‘hang the lot aesthetic’, was indeed open to all. “At the time, the Whitechapel Open was really the biggest exhibition opportunity for artists in London, and it was hard to get a foot in the door there. We wanted to go the opposite way,” says Allen.

Margaret Thatcher’s abolition of the Greater London Council in 1986 led to the loss of the capital’s citywide education authority, the ILEA. “Art went out the window,” Allen says, as he explains how the gallery began offering workshop and exhibition space to local primary schools and other community groups. “There were no laid out plans,” he says, “things just evolved naturally. Our learning programme has always been at the heart of what we do.”

As a publicly-funded organisation, BAG has a responsibility to put formal education and exhibition strategies in place. But Allen admits that while they do take this responsibility seriously, it’s often with an intuitive sense of moving forward that things work best. Collaborative relationships with organisations in the UK and Europe – including Corali Dance Company, the Royal College of Art’s Curating and Printmaking departments and K3 Project Space, Zürich – have been fostered over the years through shared commitments to art, community and learning; people’s roles within the group have adapted as project needs have evolved. That BAG is and has always been artist-led has helped retain this flexible and open-minded approach: “It’s about how you respond to something,” says Allen, “a sense of being open to possibility.”

Architect Sophie Yetton, who joined BAG in 2011, agrees: “There’s less bureaucracy when artists are leading projects – certain ‘limitations’ are not seen as limitations, there’s no sense of having to battle to get things done.” Yetton is one half of Pavilion, a collaborative partnership exploring relationships between viewer, artwork and architecture within gallery and exhibition contexts, and one of the younger members of BAG. Yetton relocated from Hackney to Southwark a few years ago and has been welcomed by Bermondsey’s more established artist community.

“It’s quite different to Hackney,” she explains. “Quieter, more settled but with the freshness and energy of the Peckham scene just down the road. There’s a feeling of being unified not by an aesthetic idea of a movement, but by a shared history and way of working.”

For Yetton, CGP London’s second exhibition space Dilston Grove – originally acquired on a short-term lease in 1999 when it was disused and semi-derelict – was a particular draw. A Grade II listed former mission church on the south west corner of Southwark Park, and the first poured concrete building in England, it offered an ideal space to realise ambitious architectural-sculptural installations.

“There’s a high population of artists in London, and it’s difficult to find good spaces to show in,” says Yetton. “Artists are looking for alternatives to the white cube.” In 2012, Pavilion presented Auditorium, a large-scale installation in Dilston Grove that proposed an alternative display mechanism for artists’ film. “We’d had the project planned for a little while,” Yetton explains, “but we knew it was bigger than any spaces we’d shown in before. The rawness of the building was important as well.”

Back in 1999, Dilston Grove offered a temporary means of sustaining the group’s exhibitions programme while their main gallery was undergoing refurbishment works. But the programme – which included major new commissions by Richard Wilson and Jo Stockham – was hugely successful and led eventually to the organisation securing the building on a permanent basis and raising funds for its restoration. Together with the Café Gallery, CGP London now has around 400 square metres of flexible, accessible space that is used for workshops, learning activities and a community allotment project – as well as the group’s broad exhibitions programme that supports established, emerging and community arts groups alike.

“Other ‘colonies’ of London artists have dispersed over the years,” says Yetton, “moving to places where they can afford to live. But change means starting again from scratch. Artists have stayed here for three decades; this can only happen if you have a physical space from which to operate. The venues act as a home, it anchors them to this place.”

“It’s also a little bit hidden,” she adds, “an ‘artists’ secret’. It has a solid reputation but doesn’t seem affected by art world trends or what’s fashionable – in the same way, it’s attractive to artists who aren’t just desperate to become commercial. That’s how it retains its strength.”

Yetton is open in her admiration of BAG’s achievements – the work the group has done to secure and restore its two sites, its productive mix of different career-stage artists and the possibilities this affords for developing practice – and of the project’s longevity. “They did all that,” she says, “and they’re somehow still together. That’s really great.”