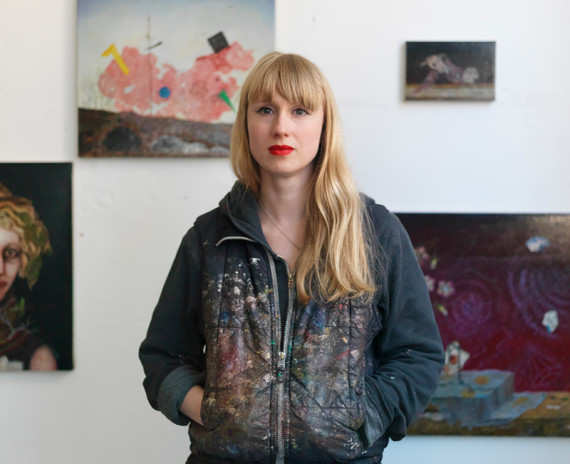 Educational arts charity Bow Arts Trust has announced that artist Anj Smith will curate the 2016 edition of the Bow Open.

The Slade and Goldsmiths graduate, well known for her portrait paintings, will select work from Bow Arts artists, including those who currently hold studio/live work space and also work through the organisation’s education projects.

Smith said: “I’m delighted to assist Bow Arts with curating the 2016 Bow Open. It’s impossible to overstate the importance of the organisation in supporting artists at such a sensitive point in developing their work. It will be fascinating to see if there are connecting visions that will suggest an overarching concept, or whether disparity will be an emphasis.”

With over 400 artists working in nine different studio sites across east London, Smith will have a lot of work to choose from.

Sophie Hill, Nunnery Gallery director, said: “Having an engaged and admired curator is a big draw for our artists, adding to the mystery and excitement of not knowing how the show may evolve. It’s an absolute privilege to have her on board.”

Bow Arts Trust was established as an educational arts charity in 1995 and supports a vast community of artists. Previous curators of its annual open exhibition, which this year runs from 18 June to 28 August, include Turner Prize-winning artist Mark Wallinger and Dr Shahidha Bari, lecturer in Romanticism at Queen Mary, University of London.