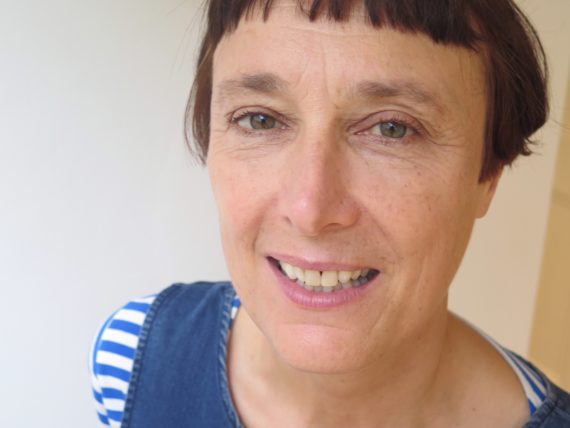 Cornelia Parker announced as first Annual Patron of Art UK The British sculptor and installation artist will be first ‘Annual Patron’ of the charity which works to showcase the UK’s publicly owned art collections.

Commenting on her appointment, Parker said: “I am hugely honoured to have been asked to be Art UK’s first Annual Patron. Its work to raise the profile of less well-known artists in UK public collections has immeasurable value.”

Her appointment is timely as Art UK begins a three-year project to make the UK the first country in the world to create a free-to-access online photographic showcase of its publicly owned sculpture. Some 170,000 sculptures – located inside galleries, museums and public buildings, and outdoors in parks, streets and squares – will be displayed on the artuk.org website.

Parker said: “I am so happy Art UK are now turning to sculpture and look forward to supporting them in 2018.”

Nicholas Serota calls for more inclusivity in the arts Delivering his keynote speech at ACE’s annual diversity event ‘Creative Case: leading diverse futures’ at Nottingham Playhouse, the chair of Arts Council England discussed the impact that diversity could have on the economy and the importance of social mobility. He said more needed to be done to help young people progress in their lives and challenge socio-economic barriers.

Serota commented: “Our young, diverse population is a national asset – a multitude of perspectives, ideas, talent and creativity. But we have a problem. We are as a society depriving this young population of opportunity. I want the arts to be an inclusive world; a building open to all. Not an exclusive club. Our mission to deliver on diversity is doubly vital.”

The speech coincided with the publication of ACE’s 2016-17 diversity report Equality, Diversity and the Creative Case. And while Serota said the publication “shows that where the Arts Council has direct influence” it can change things, The Guardian says it also shows that people from black and minority ethnic (BME) backgrounds and disabled people are underrepresented in England’s arts organisations. Of the nation’s working-age population, 16% of people are from BME backgrounds yet they make up only 11% of staff at publicly funded national portfolio organisations (NPOs). At major museums it is even worse at 4%, with only 9% of staff at ACE itself from BME backgrounds.

Similarly, despite 20% of the working age population identifying themselves as being disabled, they still make up just 4% of staff at NPOs and major museums and only 6% at ACE.

Which famous painting do you look like? Google app will now tell you Update to Google’s Arts and Culture app allows users to locate their art doppelganger. However, people have pointed out two issues: the feature doesn’t work outside the US, and there are fears images of user’s faces could be secretly transferred to a database. In response, Google have made assurances that pictures will be stored securely and not used for other things. Nevertheless, perhaps the biggest fear is simply being compared to an unflattering artwork.

Creative industries risk losing 27,000 jobs in no-deal Brexit An impact analysis commissioned by London’s mayor shows the country could lose up to £3.3bn in growth by 2030 if no long-term or transitional deal is put in place. The report by Cambridge Econometrics also suggests a hard Brexit would affect the capital’s reputation as a ‘global capital of culture’ by making it less attractive to a ‘high-calibre workforce’. It highlights the fact that 9% of employees in the arts and entertainment sectors were born in the European Economic Area.

Questions added to arts charities’ annual returns The Charity Commission will now require detailed information on staff pay, trustee benefits and overseas income in an attempt to improve transparency. Explaining the changes, it said that annual returns will now gather financial and regulatory information that is relevant to each charity. The changes follow a 12-week public consultation, completed in late 2017 by a range of charities, umbrella bodies and individuals, about the extent to which current annual returns should change.

Artists call for Documenta to reinstate Annette Kulenkampff as CEO Open letter published on e-flux and signed by artists, curators, scholars, and museum directors urges members of Documenta’s board to reinstate the former CEO of the parent company that operates Kassel’s quinquennial art exhibition. Kulenkampff resigned last November one year before her contract ended after Documenta 14 revealed that it had accrued a deficit of around $8.3 million.