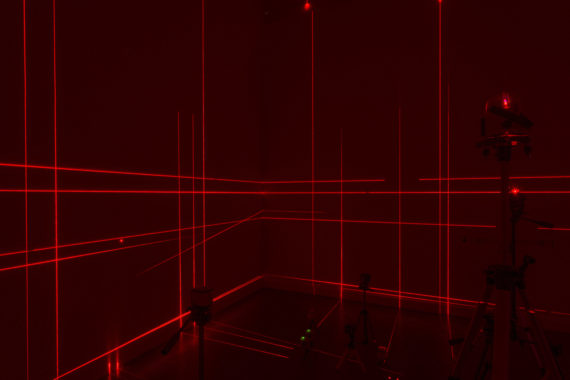 ArteVue announces finalists for inaugural ArtePrize 2017 The world’s first art prize to be entered through a mobile phone app has announced its finalists, with four emerging artists from Australia, Germany, India and Poland selected. They are: Zuza Golińska, Sahil Naik, Kiah Reading and Lukas Zerbst. The prize has been designed to support young, emerging talent and is open to artists aged 18 to 30 who are not yet represented by an established gallery. The winner of ArtePrize 2017 will be awarded a cash prize of US $15,000 and a three-month residency at the Delfina Foundation, London.

Activists protest BP sponsorship of British Museum exhibition Activists have staged a flash mob in the British Museum’s marble foyer dressed as ice from the melting Siberian permafrost. The group behind the action, BP or Not BP?, sang about the melting ice and the oil company’s ‘greenwashing’ through its sponsorship of the exhibition ‘Scythians: Warriors of Ancient Siberia’. The show explores the ancient tribes of nomadic warriors who existed in Southern Siberia from around 900 BC to 200 BC. Last year, after 26 years of sponsorship, BP announced it would be ending its relationship with Tate at the end of its current five-year deal in 2017.

Artforum files motion to dismiss Knight Landesman sexual harassment suit Former staff member Amanda Schmitt alleges that the magazine’s former publisher, Knight Landesman, sexually harassed her for years, during the time she worked there and in the time afterward. The lawsuit named both Artforum and Landesman as defendants. A representative of Artforum said: “Artforum has separated from Landesman. The separation is total and complete. Artforum is responding separately to the lawsuit only on behalf of the magazine. The magazine will not protect or defend Landesman.”

Editors of the Exhibitionist resign over sexual harassment allegations made against founder Jens Hoffmann Managing editor Liz Rae Heise-Glass announced on Facebook that she was stepping down along with editor at large Piper Marshall and senior editor Julian Myers-Szupinska. She said: “In our view it would be incongruous to continue to commission, edit, and publish as normal in these circumstances. We wish to make clear that we do not condone sexual harassment, intimidation, or abuse in any context, and that we support those who are coming forward in this profound moment of reckoning.”

Louvre Abu Dhabi claims they own Leonardo’s Salvator Mundi Initial reports from the New York Times claimed the painting was purchased by Saudi Prince Bader bin Abdullah bin Mohammed bin Farhan al-Saud, which was followed by the Wall Street Journal saying that the real buyer was the heir apparent to the Saudi throne, Prince Mohammed bin Salman. However, the Louvre Abu Dhabi has issued a statement on Twitter claiming that it owns the work.

Russian photographer in trouble for torching dilapidated houses Danila Tkachenko’s ‘Motherland’ project documents the annihilation of villages, the plight of small farmers struggling to compete with big corporations, and ‘a state over-reliant on oil, which has shown no interest in developing agriculture’. The Krokhino Foundation, which strives to preserve Russia’s cultural heritage, has slammed the project and is reportedly planning to appeal to the Ministry of Culture and Federal Property Management Agency, claiming Tkachenko has committed arson.

China lifts ban on Korean art The embargo was enforced after South Korea installed an air-defence system amid tensions with North Korea. A diplomatic rift followed the installation last year of the US Terminal High Altitude Area Defence system, with China regarding the system as a danger to its own security. This resulted in visual art from South Korea being unofficially embargoed, along with other cultural and economic imports.

Scuffles break out as artworks removed from Catalan city’s museum Scuffles between police and demonstrators occured after hundreds of people gathered outside the Museum of Lleida to protest against the removal of 44 works of art that have been at the centre of a long-running dispute between Catalonia and the neighbouring region of Aragón. The works, which include paintings, alabaster reliefs and polychromatic wooden coffins, were sold to the Catalan government by the nuns of the Sijena convent, in Aragón, in the 1980s. However, the Aragonese authorities have been trying to recover the works through the courts, arguing they were unlawfully sold.