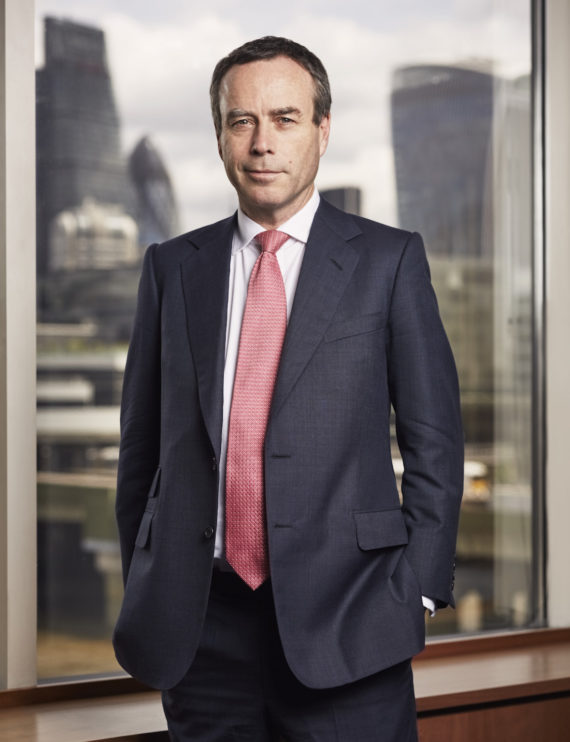 Financial Times editor Lionel Barber appointed new chair of Tate Tate Trustees have appointed Lionel Barber to be chairman of its board of trustees. Barber, a trustee of the organisation since 31 January 2011, has been interim chair since 1 August 2017. The prime minister has agreed to extend Barber’s term until 30 January 2021, and the process was overseen by interim senior independent trustee Tim Davie in accordance with the Museums and Galleries Act.

Barber has received distinguished awards for his contribution to journalism in the transatlantic community, and is also on the board of the Carnegie Corporation of New York.

He comments: “I am honoured to accept the position of chair of Tate, one of the world’s leading cultural institutions. I look forward to working with Tate’s trustees, Maria Balshaw and her fellow directors to bring art in all its aspects to an ever bigger and diverse audience.”

Published last week, the report proposes a range of measures to tackle a deficit in fundraising skills, as well as other challenges such as the public’s view of the arts as a less worthy charitable cause, and high competition for support from trusts and foundations. It also recommends Arts Council of Wales considers making its Resilience Programme available beyond its revenue-funded clients.

In the report’s forward, Assembly member and chair of the Culture, Welsh Language and Communications Committee Bethan Sayed, writes: “[…] it is not enough for the Welsh Government to simply call for the arts sector to reduce its dependence on public funding – they also need to back this up with an appropriate level of tailored and informed support.”

356 Mission Rd. in Los Angeles to close The artist-run space, founded by Laura Owens and Wendy Yao in January 2013, will close in May for “personal and practical” reasons, as the lease for the building reaches its end.

The venue was targeted by anti-gentrification activists over the course of its five-year run. In November 2017 Owens issued a statement in response to incidents involving protesters, detailing intentions for the space and its relationship to the community. She claims tensions between 356 Mission Rd. and demonstrators have not influenced the gallery’s decision to shut: “If it was for that, we could have closed a long time ago.”

Art collective Indecline stages secret anti-Trump work in his New York hotel Last Friday saw Indecline, the group behind the naked Trump statues in 2016, stage The People’s Prison, a prison cell for Donald Trump within a suite at the Trump International Hotel and Tower in New York City. The anonymous collective invited a small number of press to a private unveiling of the 24-hour piece before dismantling the work and checking out of the hotel on Saturday.

Inspired by “Trump’s likely fate” the cell held live rats and featured a handcuffed Trump impersonator. It also included a copy of the 1987 book Trump: The Art of the Deal and a photo of a shirtless Vladimir Putin on horseback, along with a love note and lipstick kiss.

Over £1m support for cultural activity across Scotland £1,034,174 of Creative Scotland Open Project Funding has been awarded to 43 recipients, with over £950,000 from National Lottery Funding.

An Talla Solais in Ullapool have received funding towards Northbound – a collaboration between ceramic artists working in Scotland and Norway who will exhibit new work at the arts centre, as well as in Inverness Museum and art galleries in Caithness in the Highlands, Shetland Arts, and in Bergen, Norway. Laura Leuzzi receives funding to co-curate the first solo exhibition by Dutch video artist Madelon Hooykaas, at Perth’s Threshold arts space.

The Mount Stuart Trust, Isle of Bute, has received funding towards its 2018-19 artistic programme, which includes new commissions, residencies, partnerships, and opportunities for early career artists within an embedded creative learning programme.

The Trust comments: “The support will enable us to create bespoke opportunities for artists at various career stages and to deliver a range of educational and engagement activities. We are excited to be bringing internationally renowned artists to Bute and will shortly announce our open call for emerging artists.”

£15m Northern Cultural Regeneration Fund awards capital grants A new 4,000-capacity live music, entertainment and events venue in Bradford has been awarded £4m from the Fund, which is coordinated by Local Enterprise Partnerships for regeneration in areas in the North of England with historically low levels of cultural and creative investment. Two other successful bids will see a new museum in Blackpool, as well as work to enhance cultural attractions in the Lake District.

The three projects will form part of the legacy of the government’s Great Exhibition of the North, which takes place in NewcastleGateshead this summer. A remaining £3.7m will be used to create a new funding programme for the cultural sector and creative industries in the North of England.

John Baldessari lends his voice and conceptual art to The Simpsons Baldessari made a cameo in a recent episode of the The Simpsons. During a flashback scene to the 1980s, Marge Simpson interviews a young(ish) version of the artist in a Springfield art gallery. Baldessari voiced his own Simpsons avatar and now joins a list of arts and culture figures who have also appeared on the US primetime cartoon, including Frank Gehry, Shepard Fairey, and Jasper Johns.