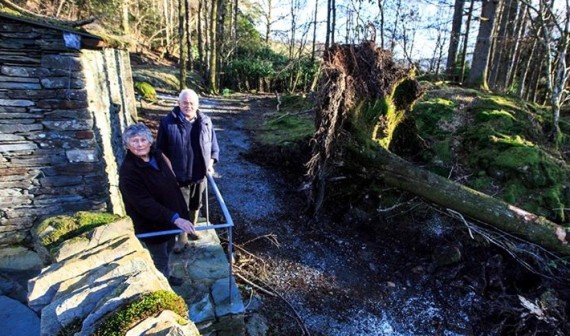 Kurt Schwitters’ Merz Barn to be put up for sale Owners of pioneering Dadaist Kurt Schwitters’ last remaining Merzbau project have announced they will be shortly putting the site up for sale. The non-profit arts trust Littoral claim Arts Council England has rejected eight Arts Lottery funding requests in the last five years.

Director of Littoral Ian Hunter said: “We have no choice in the matter, as the Arts Council has rejected all the recommendations in the ‘Future of the Merz Barn project’ report. It is sad, we agree. But, for what it is worth, our conscience is clear.

“We have also had an offer recently to buy the site by a Chinese private art collector so it could be that the barn might be re-located to China. We just don’t know. But they seem keen.”

Hunter claims he has, along with the trust’s chair Celia Larner, had to use their own personal savings, modest pensions income, and (shortly) also the sale of both their homes, to try and keep the project going.

Situated near Elterwater, close to Windermere, the old farm shed was the location of the famous Dadaist’s final, ambitious indoor installation, which he called ‘Merzbau’. Made of everyday detritus including litter, Schwitters’ planned for it to become “the greatest sculpture of my life”, but never completed it before his death on 8 January 1948. Although Schwitters’ installation had long since been removed – in 1965 it was given to Newcastle University and a year later it was installed in the Hatton Gallery, Newcastle – the site remained accessible to visitors on open days. 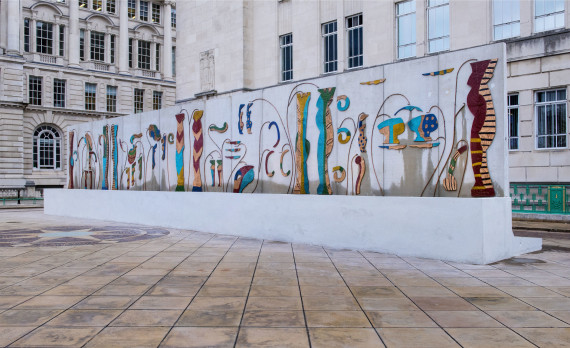 Pioneering US artist Betty Woodman dies aged 87 Best known for her ceramic sculptures, she became the first living female artist to be honoured with a retrospective at the Metropolitan Museum of Art in New York in 2006. Her first solo exhibition in the UK was only three years ago, in 2015, at the Institute of Contemporary Arts in London. A year later Woodman was commissioned by the Liverpool Biennial to create a permanent work for the city – a 50ft-wide fountain mounted to the base of a Grade II listed art deco ventilation tower.

Water sculpture, arrival film and anthem set for Great Exhibition of the North opening event 80-day exhibition exploring great northern art, design and innovation will launch with special opening evening event on 22 June. It will feature an 80m long water fountain in the River Tyne that will reach the height of the Tyne Bridge. Inspired by Antony Gormley’s The Angel of the North, which celebrates its 20th anniversary in 2018, three newly commissioned music compositions will provide a soundtrack to the water fountain, with each premiering on the evening of 22 June.

An ‘arrival’ film will also have its world premiere as part of the ‘Get North’ opening event, plus writer, poet and playwright Lemn Sissay will unveil a specially commissioned anthem for the North. The full 80-day ‘Great Exhibition of the North’ programme will be unveiled in early 2018.

Singapore arts community protests proposed changes to Films Act More than 700 cultural figures have signed a petition protesting changes to the Films Act proposed by the Info-Communications Media Development Authority (IMDA), a government agency that regulates the country’s media sectors. If enforced, the changes will allow IMDA officers to enter and inspect properties without a warrant if they have reason to suspect that films that have not been approved by the state are being distributed.

Once troubled Arnolfini gallery starts to pull in the crowds The Bristol gallery faced an uncertain future after Arts Council England withdrew its annual £750,000 funding and removed it from its portfolio, saying the gallery was not viable in its current model. However, under new leadership in the form of new director Claire Doherty, its recent Grayson Perry exhibition is estimated to have drawn more than 180,000 visitors across its run.