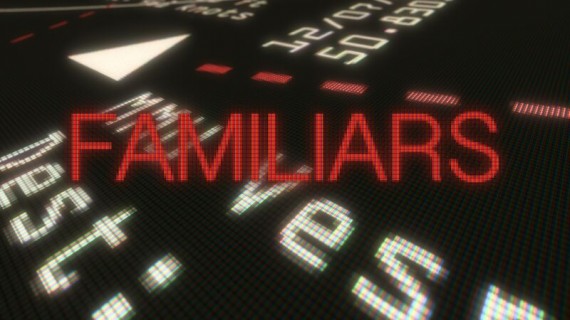 Brighton Digital Festival has announced six new arts and technology commissions for its fifth edition, which takes place across Brighton and Hove in September. Selected from an open call that attracted over 80 proposals, the commissions aim to explore the intersections between art, technology and society.

Goatley and Voss’ project Familiars, which takes place at Lighthouse from 7-20 September, will use data broadcast by freight ships, planes and trains to map Brighton’s transport infrastructure. The immersive installation will enable audiences to experience the hidden logistical infrastructures around them, including data from nearby Gatwick airport and the city’s busy train station.

Screening at Fabrica Gallery on 16 September, Achiampong and Blandy’s Finding Fanon 2 is the second part in a projected trilogy exploring human identity and post-colonialism.

The work draws on the virtual world of the video game Grand Theft Auto Five and the lost plays of Frantz Fanon (1925-1961), a politically radical humanist whose practice dealt with the mental affects of colonisation and the social and cultural consequences of decolonisation.

New Jersey-based Jeff Thompson will open his pop-up shop White Noise Boutique at 16 Brighton Square between 11-18 September. The shop will be dedicated to selling unique white noise in the form of vinyl records and computer files.

Visitors will be able to select from a variety of random objects and ‘number generators’ that, following a series of tests, will create a sequence of digits as a digital audio file and a vinyl record. The boutique will also host a series of performances by white noise musicians.

Also selected were Alan Donohoe and Steven Parker’s project The Waiting Wall, which will give commuters the chance to post their secrets on to a digital display at Brighton Station (dates tbc); Leila Johnston’s How to Live Forever, a tent where visitors to Lighthouse will be able to discover the ‘secrets of eternal life’ (22-23 September); and James Shreeve’s Mood Vendor, an interactive robotic sculpture that will ask audiences to question their reliance on digital devices (23-29 September).

Announcing the commissions, festival arts coordinator Laurence Hill said: “We attracted more than 80 proposals, many of which were outstanding, and we’re excited to present the six that were selected.

“The work on offer ranges from poetic to sinister, from the real world to a virtual one, but it reaches into many areas of our relationship with digital technology. ”

A Q&A with… David Blandy, artist