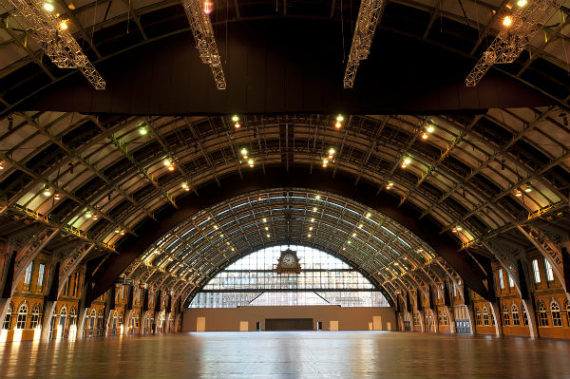 Manchester’s Buy Art Fair and The Manchester Contemporary has announced a move to a new venue and new dates in late October as part of its tenth edition celebrations this autumn.

The fair, which has sold millions of pounds of contemporary art since it was launched in 2008, will move to the Manchester Central exhibition centre in the city centre.

The event is the UK’s largest art fair outside London, with the 2017 fair including 100 exhibiting galleries and artists. Last year’s Manchester Contemporary included exhibitors such as Syson, Castlefield Gallery, Vitrine, S1 Artspace, and Vane.

For 2017 there will also be an extended programme of talks, events, demonstrations, and the Masterpiece charity dinner at The Whitworth. In addition, the Buy Art Fair Fringe will see associated events taking place across the city.

Founder and CEO Thom Hetherington said: “We launched Buy Art Fair and The Manchester Contemporary at Urbis in October 2008 and following that we had fantastic support from Allied London who allowed us to occupy ‘meanwhile’ spaces around Spinningfields and Old Granada Studios.

“Now after ten years it is the right time for the fair to secure a venue which can offer growth and continuity. We are confident that we will attract more art lovers than ever.”

Other high-profile names from across the art world have also voiced their support for the move. Maria Balshaw, director of the Whitworth and Manchester Art Galleries and soon to be director of Tate, said: “Buy Art Fair and the Manchester Contemporary have become significant fixtures in Manchester’s cultural calendar and the move will allow them to make an even greater impact on the Manchester cultural scene.”

Manchester collector Frank Cohen, added: “It’s been great to see Buy Art Fair develop over the last few years, and Manchester Central is the perfect venue to move up to the big league. It’s what the city needs.”