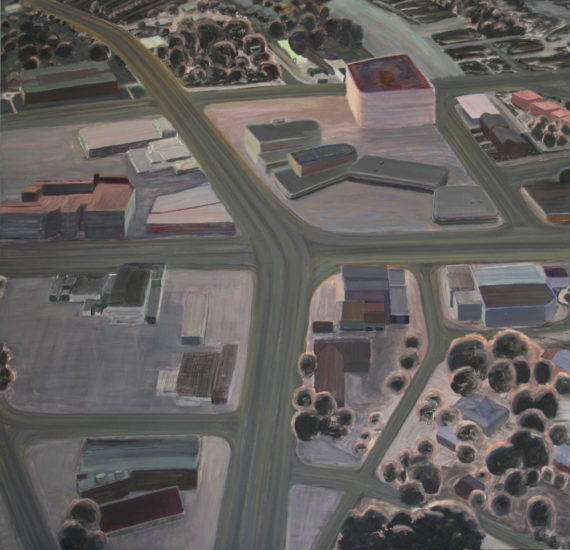 Carol Rhodes, the Glasgow-based painter known for her distinctive, imaginary oil on board landscapes, has died of motor neurone disease. She was 59-years-old and had been diagnosed with the disease in 2013.

Born in Edinburgh and brought up in Bengal, Rhodes returned to the UK as a teenager and in 1977 moved to Glasgow to study at the city’s art school, graduating in 1982.

An early committee member of the artist-run Transmission Gallery from 1986, she went on to teach at Glasgow School of Art from the mid-1990s to 2015. 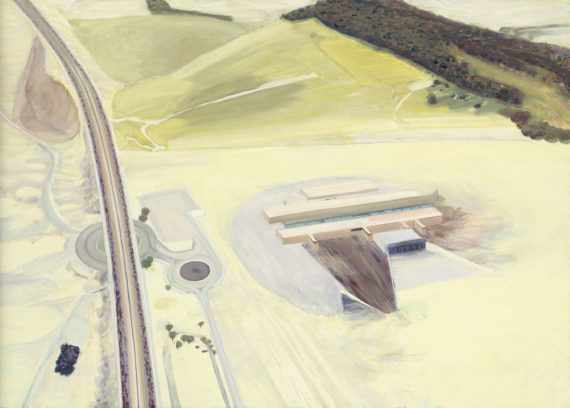 Rhodes’ paintings depict aerial views of almost-real spaces, often combining a sense of both the industrial and the rural – the kind of unglamourous hinterland that modern living creates, with its car parks, airports, motorways and quarries.

While conjuring a strong sense of the infrastructure that holds together our world, her paintings also convey a feeling of distance – of being both connected and disconnected at the same time.

Writing in 2007, the critic Tom Lubbock said of her work: “Carol Rhodes invents. She makes up parts of the works, conceives them, constructs them, composes them, without compunction. But her fictions are both free and unfree.”

Rhodes began her painting practice in earnest in 1990 after a five-year gap. In 1994 her work featured in the ‘New Art in Scotland’ exhibition at Glasgow’s Centre for Contemporary Arts, and from 1997 she began showing at the Andrew Mummery Gallery in London. Her first solo show was in 1998. 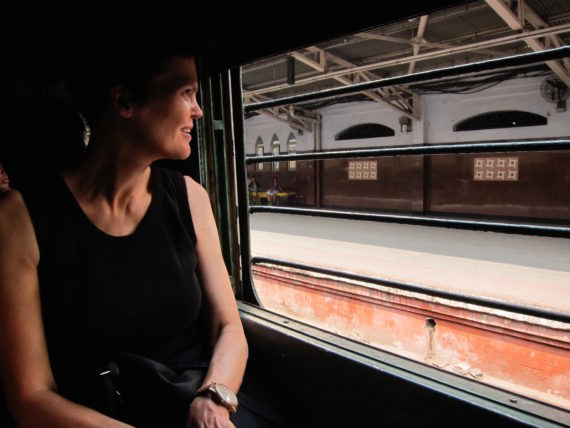 In 2007 Rhodes had a well-received mid-career retrospective at the Scottish National Gallery of Modern Art. In 2017 an exhibition of her paintings took place at The MAC, Belfast. Due to her illness, she was unable to see it.

In 2012, with her partner the painter Merlin James, she set up an occasional gallery space at 42 Carlton Place in Glasgow.

In April this year, a monograph of Rhodes work was published by Skira, featuring over 40 of her paintings, a number of drawings, an interview with the artist, and texts by curator Lynda Morris and critic Moira Jeffrey.

In her obituary for the Glasgow Herald, Jeffrey said of Rhodes: “Tall, austerely beautiful, charismatic and soft-spoken, Rhodes embodied the life of the independent artist and determined dedication to her chosen path.

“She was radical in her politics, meticulous in her artistic focus and painterly skills, furiously dedicated to her studio practice and thoughtful in speech. She carried these qualities in her art, her everyday life and teaching work.” 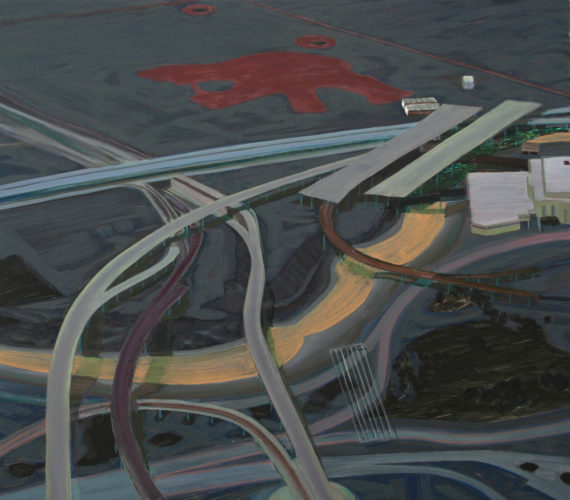